Peloton Spotlights its Member Community with 'It's You. That Makes Us.' Spot 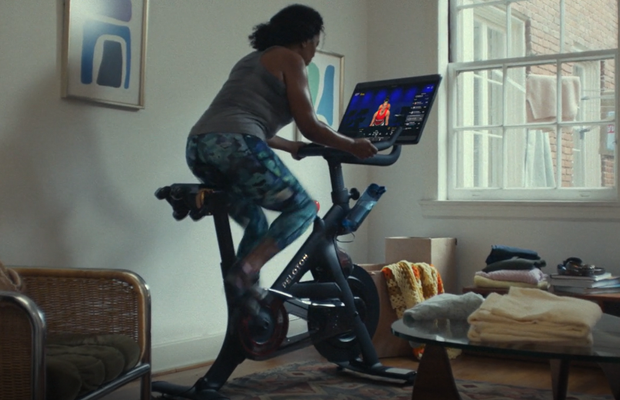 Peloton is launching this Friday, July 23rd, it’s latest campaign It’s You. That Makes Us., which puts a spotlight on how the Peloton Member community organically forms connections and supports one another via mutually shared motivations and interests.

This is an extension of Peloton’s Champions Collection training partnership announced earlier this year. It’s You. That Makes Us. will offer a glimpse into how, even if they’ve never had the opportunity to meet face-to-face, Members of the Peloton community inspire and push each other. A number of the elite athletes from the Champions Collection, including Peloton Member Usain Bolt, are amongst the Peloton Members featured in the campaign. It’s You. That Makes Us -- which includes paid TV, OOH, OTT, social, Instagram, Facebook and YouTube -- was produced in partnership with creative agency Adam+Eve.

The 0:30 television spot will air nationally at launch, in the UK. It will be supported by a 0:30 athlete spot, featuring Usain Bolt, as well as additional, individual athlete stories that will post on Peloton’s social channels between the 23rd July and 8th August. It is Peloton’s way of celebrating and thanking its Community, while also welcoming others to be a part of an incredibly engaged group of 5.4 million Members globally.

Dara Treseder, SVP, global head of marketing and communications, Peloton: “Everything we do at Peloton is centered on improving the lives of our Members. The goal and focus of our new campaign is to recognize and celebrate what Members of our community are able to accomplish individually and collectively as One Peloton. We are humbled and inspired by how our Members show up for one another, and help each other get the most out of their workouts and lives.”

Bryant Brennan, SVP, global creative, Peloton: “The Member-centric focus of this campaign is quintessential to who we are as a brand. The tone of this campaign, however, is purposely different from previous Peloton creative. It’s You. That Makes Us. connects the dots between how, united, our Community accomplishes so much together, and serves as an open invitation for others to join this supportive and inspiring group.”

James Rowe, managing director, adam&eveNYC: “It’s been a real privilege to work with the Peloton community to put them authentically at the heart of this campaign. This feels like the right time to celebrate the strength, unity and power of the community to push each other forward, whether that be a first-time rider or the fastest man in the world. High fives all round.”

More from Pulse Films US