DDB Latina’s VP of strategy and innovation talks to LBB’s Laura Swinton on understanding the forces shaping 2021 – on the one hand distrust and inequality, on the other realistic optimism and human connection 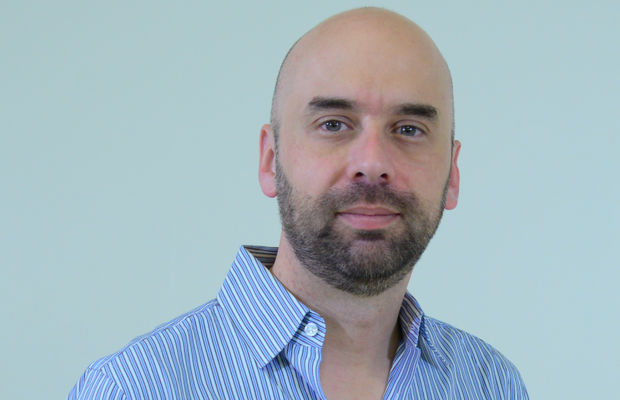 Every year Juan Isaza sits down to parse out the trends that he thinks will be most useful for marketers as they navigate the year to come. When he got ready to write his thoughts for 2021, however, he found himself faced with trying to tease out the tangled knots of 2020.
“It was hard,” he says. “To be honest, the most difficult part was dealing with such huge amounts of information! There were so many studies about all of the things that were happening. So, doing that diagnostic was not that difficult as there was more than enough data. But the difficult thing is trying to understand what's going to happen as a trend.”
In total Juan has identified eight themes: Realistic Optimism; Soft Capitalism; Amphibious Life; Individual Redesign; Doctor Myself; Normal Distrust; Think Human; Shameful Guilt. These trends go far deeper than the tech acceleration that we saw in 2020 – they signal a crunch point of profoundly human questions that the pandemic has thrust to the surface.
According to Juan, maybe the most significant of these trends for marketers – and the trend that indicates the greatest opportunity – is ‘Normal Distrust’. Not only have plummeting levels of trust in governments and the media been exacerbated by the pandemic, but according to the most recent Edelman Trust barometer, business is now the only institution that is actively ‘trusted’ - but it only just squeaks in. While this presents opportunity and an obvious role for the business world, stakes are high and trust easily lost.
“That new normal, for me, means uncertainty, and that uncertainty generates 'untrust'. So, for me, the big opportunity for brands now is to try to build that trust,” says Juan.
But that opportunity should be approached sensitively and ethically. According to Juan, the inequalities exposed by the pandemic and the resulting complex job losses mean that the very foundation of the global economy will come under scrutiny. It’s a discussion that was bubbling away long before the world had heard of Covid-19 but 2020 has thrust the debate into the spotlight. What that means, in the short term at least, is that social enterprise and stockholder capitalism will become more prominent – we’ve already seen the growth in companies registering as B Corps and, as Juan notes in his report, last year the Long Term Stock Exchange launched in an effort to combat short termism in business. Juan calls this ‘soft capitalism’ and says that it means people will expect more active and tangible efforts from brands to address inequality.
“People are challenging capitalism. I think we're seeing a global movement but this is not new,” says Juan. “But I think this year will consolidate the idea of having a more inclusive society in terms of inequality and people will be talking a lot about exactly what that inequality means in terms of the pandemic.”
All of this might interweave with other significant trends that Juan has identified: Amphibious Life and Think Human. On the one hand, working from home has become a norm and even if the pandemic subsides people will have become more acclimatised to being able to divide life between home and the city centre and more immersed in their communities. And on the other, 2020 has helped us all reprioritise and recognise the importance of human connection, of friends and family – as well as personal creativity and craft. Businesses shouldn’t look to compete with and conquer, but to support communities.
“People are very interested in supporting local business, supporting communities around them,” says Juan, a phenomenon driven by lockdowns which have confined workers to their local neighbourhoods. “That's very interesting, because, in my opinion, even big brands can do something for those small communities. We've seen movements in many countries, where small brands are creating their own platform for selling online. This is interesting, because the platforms are often defined as direct competitors to, you know, Amazon and the big corporations. So people want to buy local, but they want to buy easily. People want to buy from small companies, but they want to do it online, and they want to deal with all those possibilities. So I think that’s a good possible opportunity for brands, even big brands, to try to partner with those small businesses and communities. That's an opportunity to regain credibility and trust.”
It’s not been an easy task and Juan is reluctant to call these trends predictions, rather he’s tapped into trends that he says are already happening. Having put in the hard yards, Juan has uncovered a few threads that he thinks will be threaded across the world in the coming year. He always tries to discern trends that will be relevant on a global level, though in a normal year that can be pretty challenging, there is a degree of universality to our Covid experiences.
“That's actually an issue I used to have before, because societies were living totally different situations. I have to say that, at least in one aspect, we are living in the same situation all over the world,” he says. In the region that he works across, Latin America, there were differences in political and social responses to the pandemic - though he still believes that there are core themes that will transcend that variety. “Every society is living through their own processes, their own situation, their own problems. So it's very difficult, but I tried to capture that global consumer. A long time ago, we said that, due to digitalization, we were going to have a global consumer. And I think that's true.”
Read Juan Isaza's Trends Report here.