Campaign from ASOS Creative Lab, The Sunshine Company, Byte London and Smuggler Productions shows style being lived around the world 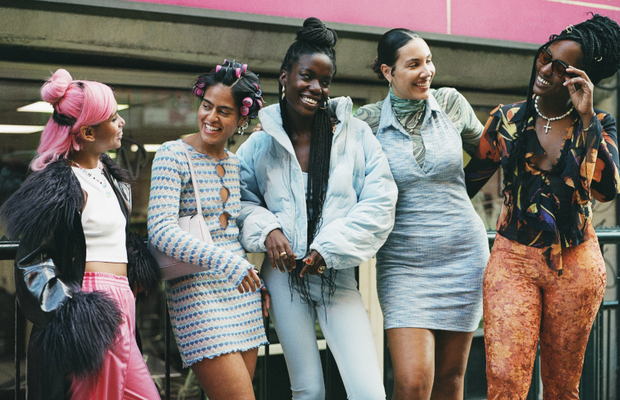 ASOS, one of the world’s leading online retailers, today unveils a broad reach, multi-territory advertising campaign. Targeted at ASOS’ core twenty-something female customers, the three-month, seven figure, high frequency activity will run across VOD, social and programmatic channels in the UK, France and the US.

Developed by ASOS Creative Lab, The Sunshine Company, Byte London and Smuggler Productions, the campaign centres on an evocative ad directed by Ricky Saez, which shows style lives being lived in different contexts and countries, from behind the scenes, out on the streets and spaces in between. Celebrating how fashion inspiration comes from everywhere, it reaffirms ASOS as relevant and inspirational during the key peak shopping period.

The ad will be deployed across international video-on-demand and via social channels. Here, a renewed interpretation of the ASOS’ founding ‘As Seen On Screen’ idea of fashion inspiration and access is brought to life transitioning between the phones of the talent featured in the creative, including up-and-coming musician Sasha Keable, philanthropist Eva Apio and activist Gabrielle Richardson, aka Frida Cash Flow.

Mirroring the way fashion inspiration flows from person to person, the content was co-created by these influencers, all of whom submitted self-filmed footage for inclusion in the 150+ social assets and tailored to how ASOS’ customers discover fashion inspiration on each of these platforms.

John Mooney, global brand creative director, ASOS said: “It’s incredibly exciting to be launching this new advertising. It’s smartly planned, targeted and timed, and the creative embodies ASOS’ belief that inspiration comes from everywhere, no matter who or where you are, while positioning the brand as a creator, curator and champion of style. The screens have changed, but at our core we’re still about as seen on screen.”

Servpro's Action Packed Spots Have a Pro for Anything