MullenLowe NY’s head of strategy on his love of pitches, the underused talents of strategists and the importance of being able to write well in his role 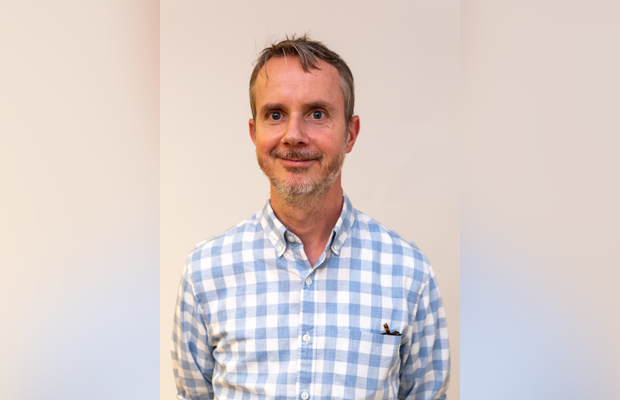 Jonny Gadd is head of strategy at MullenLowe New York where he oversees strategy for brands including E*TRADE, Edgewell, Unilever and their latest win, American Woodmark.  Throughout his 20+ year career, he’s helped build iconic brands across agencies such as Droga5, TBWA\CHIAT\DAY, kbs+, and Publicis and has been lucky enough to have worked in London, Hamburg, and New York (where he currently resides).

LBB> What do you think is the difference between a strategist and a planner? Is there one?

Jonny> I don't think there is one. The job title just evolved. I was called a planner for the first 10 years of my career in London, and a strategist for my last 15 years in New York. The world is more complex and the media landscape became much broader, but the job is essentially the same, and the skills required to be good at it are the same.

LBB> And which description do you think suits the way you work best?

Jonny> The best work comes from people who think creatively about short-term and long-term business objectives, who roll up their sleeves and work with creatives to achieve them, who understand why people do things, and who are good at spotting where the creative opportunity is. That's true whether you call yourself a planner or a strategist.

LBB> We’re used to hearing about the best creative advertising campaigns, but what’s your favourite historic campaign from a strategic perspective? One that you feel demonstrates great strategy?

Jonny> I always loved the Guardian newspaper's Points of View advertisement (1986). It shows the danger of bias when you only have one side of the story and sets up the role of the newspaper to give you the bigger picture.
It works so well strategically because no one believes that they're a judgmental, one-sided person, but the ad shows you that you quite probably are. It powerfully forces you to see the bias in yourself.

LBB> When you’re turning a business brief into something that can inform an inspiring creative campaign, do you find the most useful resource to draw on?

Jonny> Other people. Fundamentally the task is to think about something creatively in a way that no one else has done before. It's a lot easier to do that with other people. With your creative partners of course, but also with other strategists. It's been a mystery to me why there's not more collaboration between the strategists in most agencies.
I have such a talented team. I think it's such a waste if they work in isolation. On almost every big new project we get together and start talking about the problem and potential strategies. Those are the most delightful and productive team meetings we have.

LBB> What part of your job/the strategic process do you enjoy the most?

Jonny> Pitches. From generating a lot of messy, uninformed potential strategies to crafting the idea, I love a blank sheet of paper, a new problem, a new audience, a new client.

LBB> What strategic maxims, frameworks or principles do you find yourself going back to over and over again? Why are they so useful?

Jonny> I count on my immediate reaction to a strategy. First, it should feel beautifully simple: "Why has no one thought of that before?" Second, I need to see ideas coming off it straight away. Experience has taught me that if it's not clear, interesting or you can't get to creative ideas easily, you're going to struggle later.

LBB> What sort of creatives do you like to work with? As a strategist, what do you want them to do with the information you give them?

Jonny> Talented, nice, collaborative and open-minded ones. I'm currently partnering with Chris Rowson, and he's all of those things. It radically changes the way creatives and strategists work together.
It's not about giving and reacting to information. It's about small teams of people building an idea together. The trick is to banish the strategists and account people who see their role as reviewing the work, and to cultivate a mindset of building together. We still fight about stuff of course, but the fights are good. It's so refreshing.

LBB> There’s a negative stereotype about strategy being used to validate creative ideas, rather than as a resource to inform them and make sure they’re effective. How do you make sure the agency gets this the right way round?

Jonny> I reject the idea that this is a negative stereotype. It assumes that the strategy you've created is the only answer. It assumes creatives aren't strategic. And it denies the messy, nonlinear way we sometimes get to amazing ideas. There are many ways to get great ideas and executions.
I think that if you see a creative idea that's not on strategy and doesn't answer your brief, it can still be an amazing and potentially effective idea. You should be open to it. You should help the creatives validate it if you think it's valid. Of course, if that's the only way you get to creative ideas then I'd question your role as a strategist.

LBB> What have you found to be the most important consideration in recruiting and nurturing strategic talent? And how has Covid changed the way you think about this?

Jonny> The ability to think creatively always takes priority and then curiosity and the ability to be really clear. Covid hasn't changed that, but it has helped me see the value of being surrounded by optimists.
This past year I've loved being surrounded by people who've seen problems and instinctively found new ways of solving them. They did it with generosity, openness and joy. That's a good way to be a strategist.

LBB> In recent years it seems like effectiveness awards have grown in prestige and agencies have paid more attention to them. How do you think this has impacted on how strategists work and the way they are perceived?

Jonny> I love that effectiveness awards are putting more focus on effectiveness, and I hope that increased focus is making strategists more effective. I don't know if it is, or if it's changing the perception of strategists, but it's certainly bringing new clients to the agencies that do it well.

LBB> Do you have any frustrations with strategy as a discipline?

Jonny> There are some incredibly talented people in the discipline whose talents are underused. The problems we solve are fairly narrow. If I were a client, I'd ask my planner to help me solve much bigger problems: What impact will the tech acceleration and the disruption we've seen during the pandemic have on my business? Is my adoption of a completely automated service having a negative impact on my brand and what can I do about it? When strategy minds are only focused on the magic words to inspire creatives, I think we're only tapping into a small part of their talent.

LBB> What advice would you give to anyone considering a career as a strategist/planner?

Jonny> Diversify the places where you learn about other people's lives. It can't just be the internet. You can learn amazing things on the internet, but you also have to get out into the world, read more, experience more culture, eavesdrop on conversations on the subway, talk to old people.
Think how to be interesting rather than how to be right. Of course, what you do has to be truthful and grounded in data. But more than that, you have to make people care. You have to win people over. That's easier to do if you're interesting, or you can make something interesting.
Learn how to write well. A surprisingly large part of your job will involve writing. A surprisingly large number of people weren't taught how to write well.
Focus on finding the right mentors rather than the right agency. It's easy to be obsessed with agency brands when you first start out. The truth is a small number of influential mentors will make a much bigger impact on your career than your choice of agency.