Created by Brand Station, part of FCB Change, Play-Doh shows that the most beautiful works of art are those that we create together 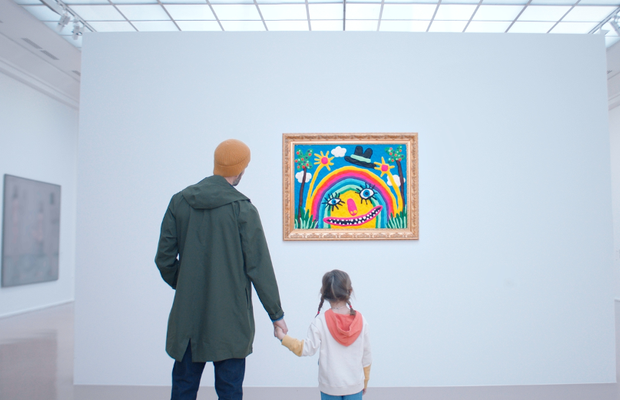 The iconic modelling clay brand Play-Doh celebrates its 65th anniversary this year and joins forces with the Museum of Modern Art in Paris to celebrate the reopening of cultural venues. Play-Doh and the MAM unveil a colourful partnership to encourage children and their parents to share family moments around art and creativity.

The advertising agency Brand Station, part of FCB Change, imagined this campaign for this particular anniversary.

A digital film, directed by Samy Benama, Damien Guiol and Nicolas Massart and produced by Laetitia Neves and Vincent Massart, will be broadcasted from May 31st onwards on digital channels.

For the first time in the history of modelling clay, a work entirely made by four hands, between a father and his daughter, will be exhibited at the Museum of Modern Art in Paris, among other renowned artists’ creations,  from June 4th to 6th. Through this symbolic campaign, Play-Doh wishes to show that the most beautiful works of art are those that we create together.

Starting in September 2021, Play-Doh will support the MAM's educational workshop program for the youth. Throughout the year, these activities will be built around both the permanent collections and the temporary exhibitions. The workshops, adapted to all audiences, are designed for different age groups, in order to share curiosity for art in a playful way. The program can be found on the MAM’s website.

By positioning itself as a patron of the Museum of Modern Art, Play Doh gives a new resonance to its institutional message, which is to stimulate the creativity of young people, while supporting the museum in one of its fundamental missions: transmission.