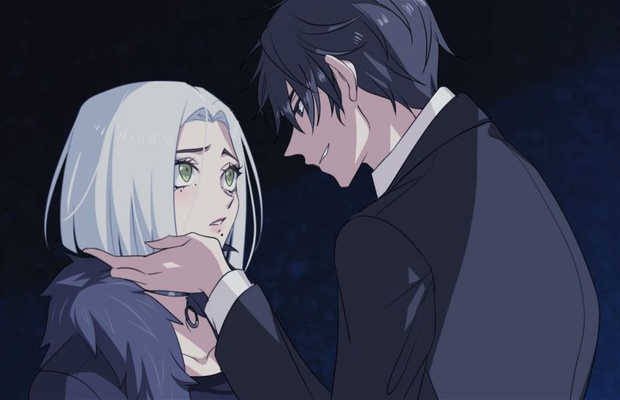 The official video for Daria Zawiałow's new single "Wojny i Noce" (Wars and Nights) premiered on 10th June. Artists from Platige Image and fristajlo! were responsible for production of the video promoting the singer's third studio album.

Daria Zawiałow’s own interpretation of her song is that it talks about fighting the demons of our past. We can try to flee from them but they are always there, lurking in the darkest corners just waiting to appear when the lights go out and we are left alone with them. Setting the story in a futuristic city enabled the makers of the video to personify these demons and give them a physical form, while also providing a manga-styled Daria with the strength and determination to stand up to them. The singer herself contributed greatly to the making of this video that was directed by Tomek Miazga.

“From the very beginning, Daria had a vision of a superhero straight from anime films – not the classic American depiction of a hero in a costume with a cape or the proverbial ‘Sailor Moon’, but a strong personality who happens to be ‘great’ at the same time. Thanks to the imagination of the screenwriter, Michał Szymaniak, we managed to weave this idea into an exciting storyline with the hint of a thriller and also a romantic twist,” explains Tomek Miazga from the fristajlo! studio.

The starting point for the aesthetics of the video were the designs by Agnieszka Szajewska, the creator of Daria Zawiałow’s anime-styled avatar, who joined the team responsible for the production of the video and gave the main character a proper drive, making her journey through a city plunged into darkness believable. Inspirations drawn from the Neo-Tokyo motif, which is a frequent element in manga and anime, were also of great importance.

“We imagined Warsaw presented in an alternative reality. As the meeting point of two seemingly incompatible cultures in an undefined future. The nature of Daria's song brought to mind motifs of playing with light and shadow, of neon light and intense colours. The rest is about playing with clichés of the anime genre to get the best out of it,” Tomek Miazga adds.

Production was coordinated by the Platige Image studio, which has previously produced anime-style animations for foreign clients such as SKII and Sasa. The producers of the video were Justyna Supernak and Karolina Mann.

“Our latest productions have given us a deeper understanding of the anime style, and the experience gained from their implementation, combined with the creativity both of the fristajlo! team and also Daria, who was very close to this project from the outset, made this collaboration a pure pleasure,” comments Karolina Mann from Platige Image.

The Medium and Babybel Shortlisted for D&AD Awards 2021