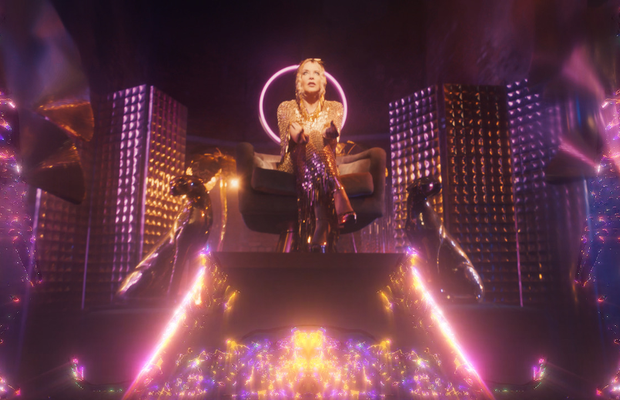 Hot on the heels of the acclaimed futuristic disco promo for Kylie’s ‘Say Something’ track released in August, Sophie Muller directs the music  video for ‘Magic’.

Kylie’s latest track from her new album ‘Disco’ has a similar disco vibe to ‘Say Something’, this time with a retro Studio 54 vibe with Halston-esque dresses and Saturday Night Fever influenced dance sequences. Matthew Josephs’ styling and Ed Marler’s costume design references Cleopatra, with Kylie dressed in an elaborate Egyptian style headdress, seated on a throne flanked with golden, while another hooded outfit evokes the iconic 2001 dress worn in her ‘Can’t get you out of my head’ video. Muller’s direction is a perfect fit with Kylie’s shiny happy persona, providing some much-needed escapism and nostalgia for a more liberated era.

PRETTYBIRD UK co-founder and executive producer Juliette Larthe commented: “HRH Sophie Muller is a lens Goddess and maestro of maverick making, killing it again with this new magnus for the magical Queen Kylie with a fantastic dream team.”

Award-winning music video director Sophie Muller is signed to PRETTYBIRD UK and US, and her work with artists including Rihanna, Radiohead, Gwen Stefani,  Beyoncé, Bjork, Coldplay, Bebe Rexha, Pink, The Cure, Alicia Keys, The Killers, Morrissey and Beck, has earned her multiple awards including; a Grammy Award, Brit Award, several MTV and CMT Awards, and an MVPA  Director of the Year award. Muller has worked with Kylie on previous music videos, and the new promo is the latest in a prolific career that has  seen her direct more than 300 music videos.