Kris Clarkin, creative director and Boys+Girls explains how they catapulted Gold Cannes Lion winning campaign for Three Ireland into the business market as a serious player 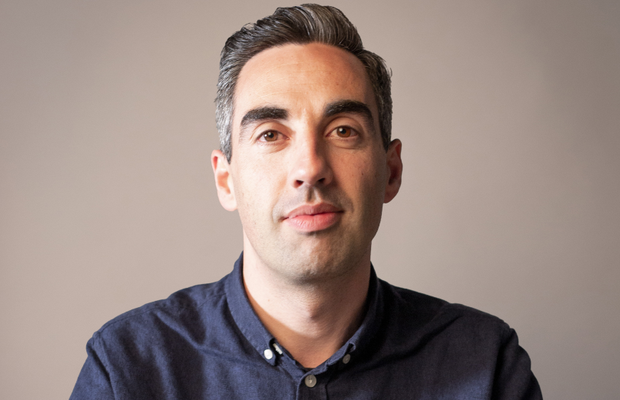 Kris Clarkin is a multi-award winning creative director with over 15 years experience in advertising and marketing. Before working in creative agencies, Kris worked in TV production, as an editor and promos producer.

‘The Connected Island’ was an idea designed to prove the power of Three Ireland’s connectivity. We brought Three’s network and technology to the remote Irish island of Arranmore in an effort to save it from extinction; using Three’s expertise and innovative tech to reverse over 150 years of emigration.

Our brief was to establish Three Ireland a serious player in the business market.

Three is Ireland’s second largest telco. But unlike its competitors, it started out as a consumer brand, so building a strong profile in the business world has always been a challenge. The standard B2B testimonial ads weren’t working and we knew we needed a surprising way to demonstrate Three’s capabilities. We went in search of an insurmountable challenge and we found that on Arranmore.

Arranmore is one the last remaining ‘Gaeltacht’ islands that speaks the native Irish language. The island's population has been dropping for generations as islanders have been driven away in search of employment - a problem compounded by this new digital age.

The island was predicted to be abandoned after the Irish government excluded it from the national broadband scheme; meaning young families and modern businesses could not survive there. And if life on Arranmore disappeared, so would its unique language and culture.

In theory the idea was simple, if Three’s people and technology can transform the fate of an island that has even been abandoned by its own government then of course we can transform your business. In practice, however, this idea was far from simple.

There was a reason Arranmore had been left off the Irish government’s broadband plans and that had a lot to do with its sheer remoteness. This ruggedly beautiful island sits in the Atlantic Ocean off the north west coast of Donegal and was one of the last places in Ireland to receive electricity and telephony.

While this idea originated in Boys+Girls and sat with the Marketing Department in Three, it could not have happened without the skill and expertise of Three’s business and technology departments. Together we formed an explorative team that travelled to the island to discuss the project with the Arranmore Council and to understand first-hand the enormity of the challenge. The problem was summated for us on our first night by local businessman, Jerry Earley who told us that “the biggest silence I hear on Arranmore is the sound of children.”

That struck a chord with everyone on the team and inspired us to make this project a reality.

After spending more time on the island and talking to various people living there, we realised that there was an opportunity to not just bring Three’s network to Arranmore, but that we could make a difference through Three’s innovative IoT solutions as well.

Our first challenge was bringing a strong stable connection that would enable people to work remotely from Arranmore. It was clear that running cables would not be an option, so Three’s technicians worked to establish a wireless connection that brought an unrestricted signal to Ireland’s first offshore digital hub along with a 5G connection to cover the island.

Then we used this connection to transform the islander’s quality of life.

Working with the local fishing industry we introduced smart buoys to help local fishermen track their catch. We developed smart classrooms, to encourage families to move back. We introduced water and air sensors to help with sustainable tourism. And we developed a connected homecare solution for elderly people living alone that would send an alert to a loved one if something happened in the home.

These were not off-the-shelf solutions and each one required the expertise of Three’s business and technology teams to design, test, build and implement.

This started as a B2B comms brief and became a business solutions project. It took months of hard work to bring Three’s connectivity and technology to Arranmore and once we had, the next phase was to tell the world.

Our comms campaign also made a strong connection, striking a chord with Irish business owners, as well as people around the world.

Arranmore, an island of less than 500 people, received over 3,500 enquiries to move and they are still arriving. Tourism increased by 84% giving the local economy the boost it desperately needed. But most importantly, the population of the island grew for the first time in decades - securing the island’s future for generations to come.

The results were deemed so significant by the European Commission that they invited us to Brussels to present the project to an audience of 200+ community groups, government representatives, and senior EU officials, as a blueprint for how to use connectivity to save other isolated communities on the brink of extinction.

And finally, the overall campaign was good for Three’s business too, with ‘The Connected Island’ achieving unprecedented uplifts in business metrics, including +203% Corporate base business growth, +50% Revenue on business solutions, and +152% YoY growth.

Looking back on this project now, the thing I’m truly inspired by is not the amazing power of technology, it’s the power of people. Time and again I was awestruck at the effort and commitment of everyone involved in this project. On paper this was just another job, but it went much deeper than that with people working extra hours and weekends and making trips away from loved ones to ensure this island’s future would be secure.