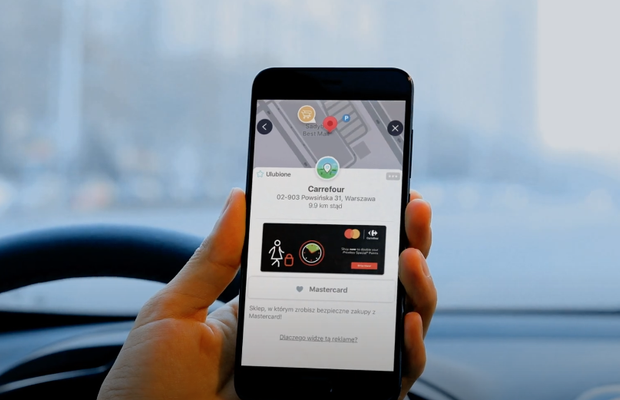 SAFE WAZE 2 SHOP is a data driven tool to reduce in-store traffic and make supermarkets a safer place. We started with an online tool aggregating transaction data to show which stores are less busy. Next, we used this tool inside the WAZE navigation app: drivers knew which shops were busy so they could avoid crowds the way they avoid traffic jams.

Nobody expected the lockdown. And yet, there it was. The economy stopped, we all got locked at home, everyone feared the future. But there were those who had to face the coronavirus on a daily basis. We’re not talking about doctors, nurses or policemen. We’re talking about your next-door grocery employee.
We discovered that supermarkets were at the front line of the pandemic. Of the 104 workers tracked, 21 tested positive for SARS-CoV-2, the virus that causes Covid-19. That’s an infection rate of 20% – well above the 1.3 per cent detected in the community at the time (the journal Occupation and Environmental Medicine). Having access to precise shopping data, Mastercard decided to act.

In just a few days after the lockdown, Mastercard and McCann teams figured out how to change shopping trends analysis into life-saving data.
We designed the tool and prepared a low budget launch campaign. It was introduced to the public in less than three weeks!
The tool was simple to use for people of all ages. Soon it created quite a buzz, becoming the number one choice for those who were planning their shopping.
At McCann we work closely with offices all around the world, especially now in the Microsoft Teams era. Adrian Botan, European CCO and global ECD for Mastercard, and Pierre Lipton, global ECD for Mastercard, connected us to our colleagues in McCann Toronto, who had a similar idea. Same client, same lockdown, same great minds thinking alike. So, we joined forces and created this tool and campaign.

We decided to embed our online tool inside a socially driven navigation app – WAZE, which was a better opportunity than other navigation apps as they have a much more open platform and also a social component, but most importantly, they are themselves a startup in Poland, so they had a similar mindset as ours.
We knew we needed to launch in the holiday season – the Polish government lifted restrictions and Poles hit the road. This time they were heading for domestic destinations. Never in the history of Poland you could you have seen such enormous crowds in supermarkets situated in popular holiday destinations. And this was a real threat. Time was running out. We decided to partner with Carrefour who has almost 1,000 shops all over the country. We chose 200 supermarkets in the most popular towns. And then we approached WAZE. This time we faced a real problem: your idea is doable, but we need several weeks to implement it. Several weeks?
Our team was no less exotic than the Avengers. We had the Mastercard marketing department, Mastercard data department, we had technical support from Isobar Poland, we had the media agency and we had the team from WAZE. Did I mention the summer was hot and the clock was ticking?
The novelty was trying to use the “Priceless Specials” loyalty program to control foot traffic. We created promos one could only access when the store was empty. And it worked!
But the whole WAZE thing was 100% guerrilla style implementation. At first, we had no idea how their system worked, we had little idea about how our system worked and everybody capable of answering our questions was on vacation (stacked in a queue in Carrefour). Mike Cooper, our VP digital strategy director for McCann EMEA was a key person in helping us stay on track.
At the end of the day, in order to make it happen, we needed to work really hard, even over our holidays. We looked at the real-time data and turned it into banner ads which appeared to drivers on the move. We’re literally talking about thousands of banners here.

When I first tested it and saw it really working, I felt like Dr. Frankenstein. IT’S ALIVE!
Our campaign on WAZE was a great proof of concept. The results we achieved were mind-blowing even for the WAZE crew.
The WAZE navigation rate – the number of drivers exposed to the solution who changed their destination – reached 12.9%. When implemented in all +900 Carrefour supermarkets in Poland, the tool generated a 65,000 increase in transactions in one month.
Data and feedback are helping us further develop the tool and sell it not only to Carrefour but also to several other merchants, so, indeed, this sounds like the Holy Grail of marketing: a utility that not only pays for itself but also becomes a revenue stream.
One thing I’ve learnt: Never launch an experimental project during the vacation gap in the middle of a global Pandemic. But also, that adding a sense of urgency is a great incentive for creativity.
Carrefour research shows that we can influence customers’ behaviour with a clever mix of simple facts: 4pm is packed, yet 8am is way safer and you get extra promo points. Simple. Easy. Safe. A win-win solution for Mastercard, partners and their customers.

I Said What I Said: Courage, My Love