The team at FCB Israel break down a project that connected organ donors and receivers using tagging, in order to encourage younger people to sign up 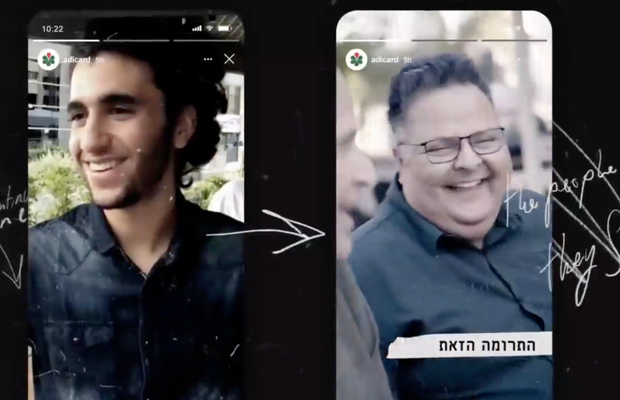 We used one of Instagram’s most common features – tagging – to create non-linear journeys that connected heroic organ donors with all the transplantees who are alive thanks to their decision to donate. We simply used the real handles of the organ receivers and placed them on the image of the organ donor. People could navigate between profiles to explore the donor’s tale as well as the joyful stories of those they helped save. Thus sending a positive and uplifting message about the power of organ donations.

ADI – Israel’s National Transplant Center promotes organ donations but lately and especially during COVID 19 they were struggling in their mission to collect donors. We knew that in Israel there are about 1000 people in the waiting-list for an organ transplant and we can help with a little bit of creativity. The problem was that ADI looked for a younger audience to volunteer to sign a donor card that testifies the willingness to donate in a case of death. And while young people in Israel adapted Facebook and Instagram, ADI haven’t leveraged it much during the recent years. Our mission was to touch their hearts and make a meaningful connection with these people where they are really at.
The objective of this project was very clear – to promote awareness for the NGO’s work and mission while also encouraging more Israelis to sign the Adi card. Signature of an Adi donor card testifies to the willingness of the holder to donate his/her organs after death, for saving the lives of patients waiting for transplant. The KPIs (key performance indicators) were: Website conversions = sign-ups for Adi organ card; Brand lift study = fortify awareness and sentiment for the NGO

The ideation process led by FCB and Facebook Creative Shop was very experimental at its core. By looking at the stats, we knew that people don’t spend much time in front of content these days. We also looked for inspiration in the unique cultural aspects of organ donation in Judaism and the psychological cues on social media. We worked with two main insights:
1) According to Judaism belief – ’whoever saves one life saves the world entire’. When Adi donors pass on, they don’t only save one life, but rather 5 people on average*. We knew that this data point connects perfectly to the core belief of the target audience.
2) Social media is where we celebrate life, post about our friends and family and share passions. We validate others through checking their social presence, seeing who they are and how they live through what they post.
Building on top of those two strong insights, we hit the road with ideas that can tell a non-linear story which can deliver actual results and save lives. Looking at the Instagram tagging feature, we knew there is a big opportunity to build authentic connections between real people in a non-linear way. Sort of a journey through stories and slices of lives.
We started focusing on one big hypothesis: Can we save lives with Instagram tagging?
Then come the idea of The Story Continues – a series of mini-documentaries on Instagram Stories that would tell short, honest stories that people could relate to. We knew we want to challenge the traditional way we tell stories.

The prototyping phase was very interesting for us. Together with Facebook Creative Shop we experimented around a number of paths to tell the story. We built simulation accounts and practice the journey people will take in the real campaign. We started by imagining the role of the tag element – how does it look like? Should it be specifically on the organ the transplantee received? What is the role of organic and sponsored content in this journey? We assembled all the pieces and saw that the journey actually works [link].
The second step was to take creative decisions that were key to the process:
Visual Theme –– We worked with $0 budget and with limited, low-quality archival materials. For that reason, we crafted a retro-like look & feel which made flaws in the images and footages acceptable and more native to the platform. In collaboration with post-production agency Greenhouse we created a unique theme that unified all the materials we used.
Carousel in Stories –– In a writers meeting with the director Ishay Karni, we decided that we want the scripts to resemble the way life ends up abruptly. By choosing Carousel in Stories ad unit as a placement, we were able to treat each '15 story as an independent script, plan emotional cuts and jump in time. This resulted with each 45’ sec long mini-doc actually containing 3 mini-scripts of 15’ sec each – first about the donor, second about the transplantee and third about action the viewer can take now. This fresh way of looking at short-form screen writing proved to be right and fit for the way people consume content nowadays.
After agreeing on the overall approach, we built a detailed campaign architecture that should cover multiple meaningful engagements with the audience: Organic content on Instagram that later on picked up by the media on both ADI Instagram account and the transplantees; Sponsored content on Instagram and Facebook that should result with sign-ups (performance campaign with a conversion objective); AR filter that allows people to join the conversation, share their virtual signature and spread the message. Multiple Instagram influencers, actors, authors and others took part in the project and shared their signature; Longer IGTV version with more context and room for telling the full story; Mobile-optimized landing page that leverages the look and feel of the campaign and enables a coherent communication across platforms.
LIVE
When we went live, we conducted a daily WhatsApp meeting together with ADI media team and got the results in real time. It allowed us to change things, test and learn day in day out. We mostly changed versions according to the winning ads, and media approaches in order to stay on track with the number of signatures we need which was 3,000. The results were outstanding with over 4,000 people signing-up on an ADI donor card; which represents 300% increase in daily sign-ups. We also ran a Nielsen Brand Lift study and the results were mindblowing – +28 points lift in ad recall (the norm in Europe, Middle-East and Africa is 8 points); +4.7 points in Action Intent to sign a donor card (the norm in Europe, Middle-East and Africa is 1.7 points).
Other results were radio interviews, a huge back cover of Israel’s biggest newspaper Yedioth Aharonot, all big TV channels reported about the project and hosted ADI in their studios, countless influencers shared the AR filter and Instagram official account LIKED the project!
But for all of us, the biggest moment of this journey was without a doubt the moment the family of Yair and the transplantee met for the first time. This was a heartwarming moment that touched everyone’s hearts and souls.