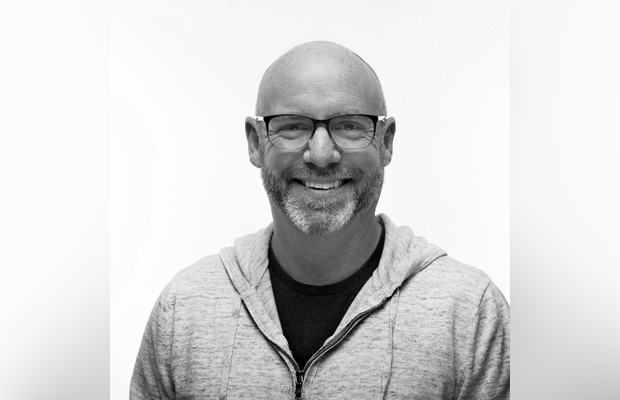 Jeff Davis has a website bookmarked on his internet browser that explains FAA guidance around dropping things from a helicopter into the Grand Canyon. The crux of it says that they’d really prefer if you’d refrain from doing it. But, in his words, anything is possible…!
And it’s those three magic words that Jeff, who’s SVP-executive producer at Energy BBDO in Chicago, lives by in his role. Eager to know how that plays out in the world of production in 2021, we picked his brains.

LBB> What lasting impact has the experience of the pandemic had on how you and Energy BBDO think about and approach production?

Jeff> The pandemic forced us to work in ways that would have seemed impossible pre-Covid. For example, we learned to work faster than ever before. With the ground constantly shifting beneath us our brands’ messages today may be irrelevant (or even irresponsible) tomorrow. We also learned to let go a little and trust a bit more (while still making sure that even our backup plans had good backup plans). We had to forget what we’d always known and try something else.
Things won’t stay like this forever, but I don’t think our approach to production will ever be exactly what it was and that’s ok. We had to develop new tools because the old ones were no longer useful. And these new tools will stay with us, even once it’s safe to dust off the old ones.

LBB> A good producer should be able to produce for any medium, from film to events to digital. Do you agree or disagree with this statement? Why/why not?

Jeff> A good producer can learn to produce for any medium. Good producers also have a natural ‘what’s next’ attitude, which hopefully pushes them into other, less familiar disciplines as they navigate their careers. But it’s important to note that a good producer (because she’s also a human) is likely to have a natural inclination and passion for a more narrowly defined specialisation. Fantastic. That passion is what will propel her from good to great.

LBB> And leading on from that, when it comes to building up your team at the agency, what’s your view on the balance of specialists vs generalists?

LBB> What’s your own pathway to production? When you started out, what sort of work were you producing and what lessons have stayed with you in that time?

Jeff> Ha. I guess you’d call it ‘non-linear’. Long story short, I had wandered around the agency for several years before I found a desk in the production department. Since I didn’t know what I was doing, they just brought me the stuff that no one else really knew how to do either. Most often it was the really cool stunts or activations that we presented with our :30 TV scripts. I would scramble around trying to figure out how to do the experiential piece, and then the client would decide to just move forward with the :30 TVC. That script would be handed off to someone who knew how to produce TV, and we’d rinse and repeat.
It was a little frustrating at the time, but I learned a LOT that year. Most importantly, I learned the number one rule of production: anything is possible. Case in point, I still have a bookmarked website explaining FAA guidance around dropping things from a helicopter into the Grand Canyon. They’d prefer that you didn’t… but anything is possible!

LBB> When working with a new partner or collaborator, how do you go about establishing trust?

Jeff> The trust-building phase starts several steps before a new partner becomes a new partner. Do we all understand the goal? Are we all working towards the same goal? Are we getting the access we need to the people we need? It doesn’t take long to get a pretty good sense of how the teams are connecting and where the red flags might be. Most of that can be done before we commit to a new partner.

LBB> What are your thoughts on the involvement of procurement in production?

Jeff> Our procurement partners and production consultants, that have truly kept up with the changing production landscape, can be very valuable allies. They have a unique point of view and line of sight into different agencies, brands and categories. They understand agency producers have hours when we used to have weeks, and hundreds where we used to have hundreds of thousands. That said, anyone in our industry (producers, creatives, clients, legal, finance, procurement, etc.) that is still doing their job the way they did five years ago (or even two years ago) is a bit behind, and those relationships are more challenging.

LBB> When it comes to educating producers how does your agency like to approach this?

Jeff> I get really crabby when I see talent that’s being underutilised because they didn’t get the tools they needed to succeed. We’ve developed a robust producer training series that is made available to every intern, production coordinator and associate producer that we bring into the department. It’s used to quickly get new hires up to speed on our particular nuances, processes and ways of working as well as broader industry context (including discussions with industry professionals) for those just starting their careers.
Obviously, recruiting and hiring a star performer when the opportunity presents itself is important, but equally/more important is keeping an eye on the people you already have and making sure they have the tools, training and support they need to become star performers. We often feel like we don’t have time to do this… in reality, we don’t have time not to.
Finally, everyone should have a mentor within the department. Being a producer is a very collaborative endeavour but can also be a very solitary one. If you consider the masses of people that might show up on a shoot, there could be any number of clients, creatives, and account people, but there is generally only one agency producer. Agency staffing plans aren’t naturally set up to give younger producers the benefit of watching their more experienced counterparts do their jobs in real time. It’s invaluable for producers to have a mentor they can call 24/7 to check in, problem solve, and/or scream and shout as needed. We grow faster and stronger when we feel supported.

LBB> What new skills have you had to add to the team as a result of the pandemic?

Jeff> We had to learn to bring solutions we’d never tried before to problems we’d never had… and do so with enough confidence to convince everyone else it was the right path forward. We’ve had many moments where we found ourselves standing at the edge of a cliff, creatives on our left, clients on our right. We had to encourage them all to strap on a parachute (that we were pretty sure wasn’t just a backpack, but who could say for certain), join hands, and jump.

LBB> Should production have a seat in the c-suite - and why?

Jeff> Absolutely. The head of production is the one person in the agency uniquely positioned to answer the question, ‘But how?’ Now more than ever, the ‘how’ needs to be part of the conversation at every stage of the process and at every level within the organisation. The landscape is changing too quickly for us to assume we can achieve success through an outdated linear process. Production departments are continuously pivoting, shifting, evolving, and adapting. That constant movement is in service of the work, but should also be driven by, and consistent with, the overarching goals and objectives of the agency. We can’t just be the people that execute when all the other work has been done. At that point, it’s too late.

LBB> Clients’ thirst for content seems to be unquenchable - and they need content that’s fast and responsive! What’s the key to creating LOTS of stuff at SPEED - without sacrificing production values? Is it even possible?

Jeff> Not every piece of content is created equal, and our production approach should reflect that. It’s important to understand the purpose each piece serves, and where it will live within the broader content ecosystem. Production value isn’t just about craft divided by cost. If our message misses its window of relevance by an hour (and that can happen) because we wanted to make one more tweak, that’s a fail. Craft will always be our first priority, but that means different things for different projects. Upstream alignment to the approach for each piece allows us to structure the production to ensure our focus is always in the right place.

LBB> To what extent is production strategic - traditionally it’s the part that comes at the ‘end’ of the agency process, but it seems in many cases production is a valuable voice to have right up top - what are your thoughts/experiences of this?

Jeff> Production, when functioning at its best, is incredibly strategic. We push to have production represented at every creative briefing. That’s where we get the ‘why’ that leads to the ‘what’ so we can best decide ‘how’. We lose too much time getting ‘caught up’ once we’re in the production if we’ve missed the upstream part of the process.

LBB> What’s the most exciting thing about working in production right now?

Jeff> It really feels like there aren’t rules right now. For better or worse, it no longer seems to matter what something should cost or how long something should take. We tried a million different things last year that should have failed but didn’t. Those successes have led to a high level of trust between the agency and our clients. Let’s capitalise on that momentum and keep pushing ourselves to try new things.

LBB> And what advice would you give to an aspiring agency producer?