The head of production at Milk Agency on audiences as makers, a vertically integrated production model, and bridging the gap between creative ideas and financial realities 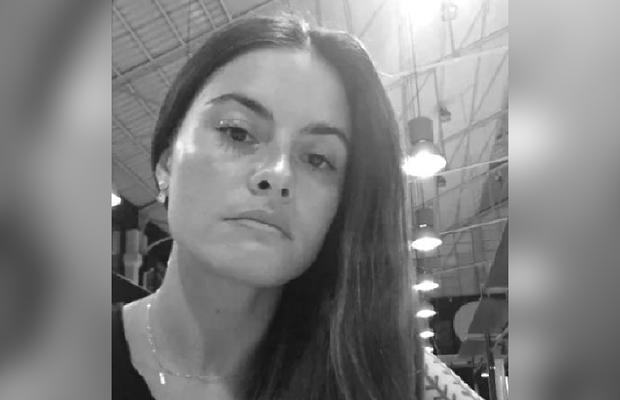 Diana Frame is head of production at Milk Agency, an independent creative shop based in NYC that's born out of Milk Studios, a cornerstone of New York’s downtown creative community for over 20 years. Previous experience includes a three-year stint as a producer and senior producer at Mother New York.
We tapped Diana for this edition of Production Line, our dedicated space for agency producers to discuss their corner of the advertising industry.

LBB> Aside from Covid-19, what have been the most disruptive forces to hit agency production in the past few years?

Diana> Our audiences are now bonafide makers themselves. There’s been a new and pretty profound ‘breaking of the fourth wall’ between advertisers and consumers in recent years, especially with platforms like TikTok.
These platforms have democratised access to making and shifted the dynamics by letting consumers become creators who can participate in and control the narrative. It’s no longer the 1% rule - it may be shifting more towards 80-20.

LBB> A good producer should be able to produce for any medium, from film to events to digital. Do you agree or disagree with this statement? Why/why not?

Diana> It’s crucial to have someone within the organisation who understands the connective tissue between different types of outputs, especially when building integrated programs for clients. It’s better for clients and it’s better for the work. But truly original work often comes out of collaborating with specialists both on the production and creative ends. It’s not an either/or, it’s a both.

LBB> And leading on from that, when it comes to building up your team at the agency, what’s your view on the balance of specialists vs generalists?

Diana> We’re not generalists exactly. While we each have two to three distinct skill sets and value wearing many hats, we are true specialists at Milk Agency. We place a high value on the individuals that are part of our organisation, their taste, POV on the world and their interests outside work. Our model is also one that thrives on curation and the specialists outside our organisation who we collaborate with. We often see ourselves as a bridge between the commercial and the creative - i.e. a partnership between a brand and an artist. So our POV on collaboration is that we play a translation role to enable successful partnerships and we share a  mutual respect for each other’s needs and processes.

LBB> What’s your own pathway to production? When you started out, what sort of work were you producing and what lessons have stayed with you in that time?

Diana> I started out in film as a director/editor with a knack for synthesising things and a brain for numbers and schedules. Over time, I knew I wanted to be line producing and translating other people’s vision. Then, I was poached to start an in-house production department at an ad agency. At that time I was exposed to all the different modes of production, not just film. It was a real renaissance moment for me and I wanted to learn it all, and was given the opportunity to move around and lead on traditional branding and design projects, experiential and heavily digital projects. I learned that, for me, producing is about creating a community around the making of something. Each community I build around a project is distinct and has its own energy and I really value the position I’m in to set the tone for that.

LBB> If you compare your role to the role of the heads of TV/heads of production when you first joined the industry, what do you think are the most striking or interesting changes (and what surprising things have stayed the same?)

Diana> 12 years ago when I started, specialisation was highly valued and creative work was much more siloed. My curiosity drove me to explore different avenues of production and start at the bottom each time, despite the perception that being multifaceted as a producer was a career killer. I think modularity as a HOP now is much more valued than it was previously.

LBB> Should production have a seat in the C-suite - and why?

Diana> Yes. The philosophy and business of how things are made is central to the philosophy and operations of a company as a whole. How we make cannot be an afterthought. Production is obviously about making and output. And elevating the importance of production will lead to better outcomes and outputs - i.e. faster, more efficient, more innovative, etc.

LBB> Clients’ thirst for content seems to be unquenchable - and they need content that’s fast and responsive! What’s the key to creating LOTS of stuff at SPEED - without sacrificing production values? Is it even possible?

Diana> We’re in a very unique position at Milk having access to physical production resources that most agencies don't have. It’s a more vertically integrated model where we’re sharing space and conversation regularly with those resources and people that are traditionally ‘below the line’, which lets us react and problem-solve quickly.

LBB> To what extent is production strategic - traditionally it’s the part that comes at the ‘end’ of the agency process, but it seems in many cases production is a valuable voice to have right up top - what are your thoughts/experiences of this?

Diana> I've been fortunate enough to work at agencies that champion my voice in the room from the jump. I think it’s necessary that my role as a producer changes throughout the process depending on how porous an idea still is. I see my role as cultivating an idea to become the strongest version of itself so oftentimes in the beginning that means listening and asking questions. First and foremost, we see our team as a collective of creative individuals, with specific hard skills, but people who are also able to engage in the creative process outside of the traditional confines of their role and add value.

LBB> What’s the most exciting thing about working in production right now?

Diana> As a producer, I work within a belief system that boundaries and restrictions can be great creative allies if you choose to see them as such. What we are facing right now is an opportunity to be better at what we do, and get closer to those in our creative families.

LBB> And what advice would you give to an aspiring agency producer?

Diana> As a producer your role is to creative problem-solve and bridge the gap between creative ideas and the financial and legal realities of production, it can often be the hot seat at the table where you’re asked to have all the answers. Be curious, treat your clients and creative partners as allies, and know that you're in a position to be one of the most creative people in the room.

Creativity Squared: Deep Diving into the Idea with John Stapleton