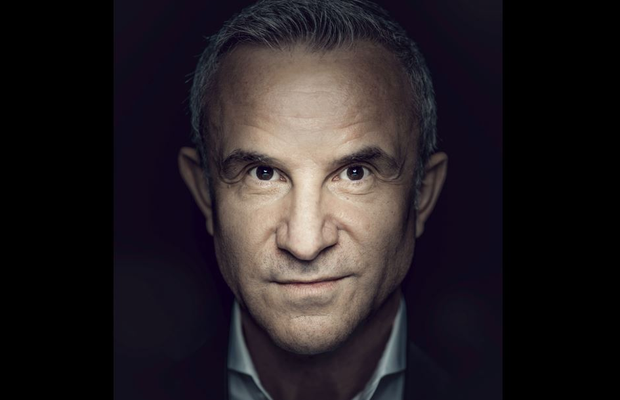 Jarek Ziebinski, chief executive officer, Publicis Groupe Northern & Central Europe will be inducted into the 2019 Hall of Fame at the KTR awards - the largest and most respected creative competition in Poland by SAR Marketing Communication Association - in recognition of his contribution to the advertising industry and support of creativity in Poland. The awards presentation will take place at the KTR Gala event to be held in Warsaw this evening.

This marks the second year of the KTR Hall of Fame Award, an honour reserved for industry leaders who have contributed to the development and growth of the advertising industry and creativity in Poland over the years through their work. This year, Dariusz Zatorski, Poland’s leading creative director working across the country’s largest advertising agencies over the past two decades, will be recognised with the KTR Hall of Fame award alongside Jarek this evening.

As CEO for Publicis Groupe, Northern & Central Europe, Jarek oversees 25 markets with 5,700 employees across the Nordics, BeNeLux, Central & Eastern Europe as well as Russia, Turkey and Israel. In this role, he is tasked with accelerating the transformation of the Publicis Groupe operating model to deliver on its unique Power of One integrated offering and create profitable growth for clients and the agency. In addition to that, he is also a member of the Publicis Groupe’s Global Management Committee.

His current assignment follows three years of pioneering experience as CEO of Publicis One where he successfully led the consolidation of Publicis Groupe’s agency brands, assets and expertise - including creative, media, PR, digital, technology, production. - into the Power of One model across 55 markets with 7,000 employees across Asia, Latin America, Europe and Middle East.

With three decades of experience in the media and marketing industry, Jarek began his career in advertising at Leo Burnett in Poland. Under his leadership, he grew the agency from 40 to 500 employees and increased its revenue by five times over six years. During his tenure, Leo Burnett Poland became the first Polish agency to win a Cannes Lion and also the first Polish agency to be ranked as one of the top 50 most creative agencies in the world by the Gunn Report.

He was promoted to chairman & CEO of Leo Burnett Central Eastern Europe (CEE) in 2001 and expanded the geographical footprint of the agency from 11 to 16 countries while doubling the size of Leo Burnett Group operations in Russia. Under his leadership, Leo Burnett agencies in CEE were named Agency of the Year 42 times in their respective countries.

He relocated to Singapore in 2009 to take up the helm as the President for the agency network in the APAC region. In 2014, he was promoted to Chairman & CEO for Leo Burnett APAC including Greater China where he oversaw Leo Burnett offices across 24 cities - with over 3,000 employees - in the region.

Leo Burnett APAC was one of the fastest growing and most awarded agency-networks in the region, having achieved revenue growth of 50% over a span of six years, with every office reporting profitable growth. It was also one of the top new business leaders in the region according to the industry’s new business league by R3. Leo Burnett's creativity went from strength to strength under Jarek’s watch – clocking a remarkable set of results across leading international and regional award shows including the Agency Network of the Year at APAC’s leading creative awards festival, ADFEST in 2013 and 2015.

In 2015, Jarek was invited to be a part of the Creative Effectiveness jury at Cannes Lions. He was appointed as the Awards Chairman of APAC EFFIE Awards in 2014 and President of the Creative Effectiveness Jury for Spikes Asia in 2013. He had also served as a jury member for Asian Marketing Effectiveness Awards, North America and EURO Effie Awards. While in Poland, he co-founded and headed the Polish EFFIE Awards as the President. As one of the key contributors to the development of advertising industry in Central and Eastern Europe, Jarek was also the co-founder and the first President of the Polish Advertising Agencies Association (SAR) and co-founder of the Polish Creative Directors’ Club (KTR).

Jarek’s successes as a manager and a personality in the advertising industry have earned him multiple awards. He was named “Man of the Year” in the advertising industry twice and also “Ad Man of the Decade in Poland” by Poland’s marketing magazines. In 2010, in recognition of his outstanding personal contribution to the creative advertising in New Europe, Jarek was inducted into the inaugural Golden Drum New European Hall of Fame alongside 11 other illustrious individuals.  In 2012, Jarek was selected by New York-based publication “The Internationalist” as an Agency Innovator. As one of the 30 men and women from agencies around the world awarded with the prestigious title, an Agency Innovator is a champion of multinational strategy, adept at innovative communications, think about advertising in new ways, and are an advocate of responsible brand building.