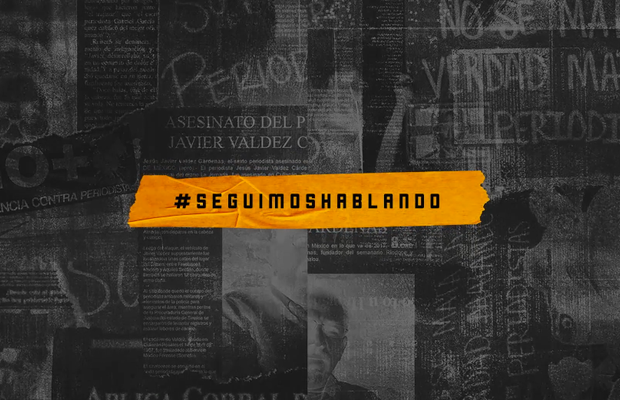 The only journalist that can speak up without fear in Mexico is a dead one. Investigating corruption and drug trade cost 120+ journalists their lives since 2007. Javier Valdez, killed in 2017, was among the most iconic ones. Three years later, artificial intelligence brings Javier back - live on national TV - to directly address Mexican president, demanding justice for himself and his colleagues, demanding free speech for everyone. This campaign is a part of the #StillSpeakingUp platform created to use the identities of murdered journalists to protect the safety of the ones at risk today.

Every journalist’s murder is resonant, but eventually it brings more silence. In some Mexican states, there are no voices left to speak up freely, giving the criminal organizations and corrupt officials the upper hand.

Propuesta Cívica, an NGO that provides legal support to the families of murdered journalists, looked for a way to promote their cause and let the journalists continue to speak up.

Can a murdered journalist refuse to be silenced? What if it only made their voice louder, while also helping protect their colleagues?

Using AI, Publicis brought Javier Valdez and his work back to life. Instead of becoming silent, Javier became the symbol of resistance, and even more — a face and voice behind whom his other colleagues can anonymously continue speaking up.