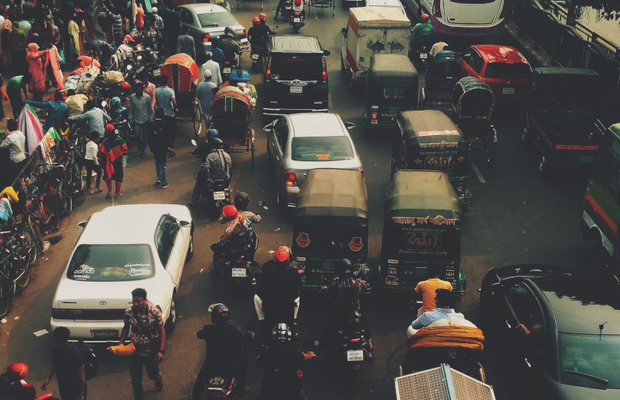 “In Bangladesh there are two mindsets, one is a fundamentalist mindset and the other is very open”. This is the simple yet concise way that Adcomm’s (part of MullenLowe Group) general manager and head of client services Anwarul Kadir summarises the country’s creative scene. And after 15 years in the advertising industry he is more qualified than most to discuss Bangladesh’s creativity.
In the past few years, the team at Adcomm have tried their utmost to push the boundaries of this fundamentalist point of view while also respecting the country’s culture and religion to create campaigns that draw upon different perspectives. “We cannot show LGBT [people] in our country, it’s a Muslim country, but in global communications for Close-Up [toothpaste] we can see that it is all about closeness. We can show hugs, but we can’t show kisses. So these are the fundamental thoughts of the audience here. We have a very thin line about what to do and what not to do.”
Using Close-Up as an example, Anwarul explains how a few years ago Adcomm took the idea of using the toothpaste brand to promote universities. They created rickshaws with public and private universities’ logos on and invited couples to ride the branded vehicles. “Some of the university goers who are fundamentalists burned down the rickshaws and told us we are changing the culture.” For a brand that so thrives on the idea of closeness, the idea of separating goes against their belief, so Anwarul explains that the team at Adcomm ensure they have the backing of the client completely before they create campaigns.
Despite this unfavourable reaction, Anwarul is keen to explain that it is up to the agency and like-minded individuals to continue to push society’s barriers. He adds that there are mainly positive reactions to campaigns and those living in the suburban areas or villagers are most likely to oppose new ideas.
While these examples may be anomalies, just a few cases of opposition, how does one categorise the Bangladeshi creative scene? “It’s mixed between humour and emotion. We follow India and Thailand, their talent is very good. And also Malaysia, Singapore, and globally. We look at what is going on, current trends and phenomena but culturally, we are very close to India.”
“The problem is now we are focusing on 20-, 15- or 10-second films. For the creative guys, it is very difficult to bring on emotions, because within 20 seconds, six to eight seconds are gone with the product window. They have a very tiny space to play with emotions.”
Those of us who have been privy to TikTok’s ability to hook viewers in in such a short space of time will understand exactly what Anwarul is talking about. However, ironically TikTok is banned in Bangladesh. But, true to the defiance of the rules that the younger generation takes, they are still uploading videos to the platform as and when they can.
With communications not permitted on the platform, Anwarul explains that the biggest platform for adverts is Facebook. While Twitter and Instagram are available too, they come up second to the social networking giant. And with a fast-declining readership of newspapers, digital is becoming the way forward which is no surprise as Anwarul estimates that of the current population, 58% are under 25 years old.
He also believes that while the ratio of men to women in the country is 50:50, this isn’t true of the creative sector just yet. However, as he points out, the main and biggest market in Bangladesh is the garment sector which is “based on girls.”
Looking at the global market today, it’s no surprise that hygiene is driving communications. But, the team at Adcomm have always been one step ahead of this and they, along with LifeBuoy, were in the Guinness World Records book in 2017 for creating the largest image of a human hand with 11,157 people – a feat they believe will encourage the public to keep their hands clean.
This activation happened four years ago, but the team’s ability to keep abreast of the general pulse of the country is something they still endeavour to do. “We try to figure out the emotions or the pulse of the audience then we fit in the emotions in a creative way. It could be text, it could be any dialogue based, it could be act based or it could be emotion based or humour.”
While the country has been recognised on an international scale for some of their work, time will tell how that fares in the future, especially as due to an easing of lockdown and the available cash of brands there is scope to flex creativity and push boundaries - but whether the audience is willing to accept that remains to be seen.