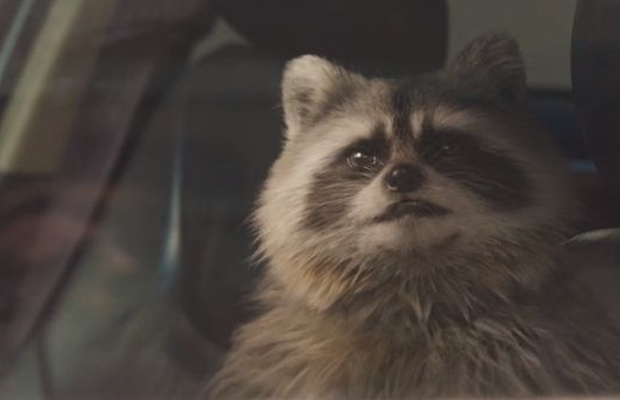 "Where did we park the car?" In 'Raccoon' the viewer follows two slackers as they are trying to answer this familiar question. But when they finally find their vehicle, they are in for a hairy surprise.

Conceived by Grabarz & Partner, VW's campaign advertises the new Car-Net park position service, which helps VW owners find their parked cars quicker and easier with the help of a tracking app on their mobile device.

The film features two men as they wander a modern metropolis, peeking around corners, with one of them continuously pressing the 'unlock' button of his car keys. Finally they find the vehicle. But their relief does not last very long: it's been there long enough for a raccoon to have made the car its new home. While the boys suffer the shock of a lifetime, the raccoon, a stunning life-like creation of Swedish Fable FX, is not willing to give it up again easily.

In his third humorous VW commercial in a row, director Scott Pickett proves his talent for poignant timing and great comedy acting yet again: It is hilarious to watch the two men come up with different schemes, from bribes to threats, to regain control of their car.

In the end, the film contrasts the pair's misfortune with a VW driver, who - thanks to VWs new Car-Net park position service - finds his parked VW with one quick glance at his phone. After he takes off in his stylish Tiguan, the film closes with an affable punch line as it cuts back to its protagonists: the only way the raccoon could be persuaded to let the boys back into their car is by taking him along for the ride in the passenger’s seat.