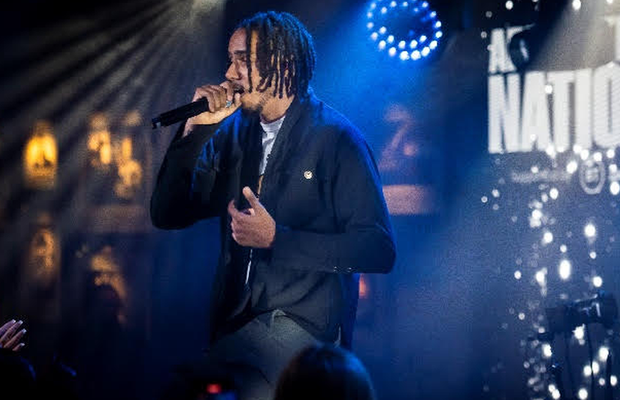 AJ Tracey performed his hits and the audience also enjoyed performances from Mae Muller and Ivorian Doll. The one-off concert will be premiered as a free-to-watch show on 7 October at 19:00 at apprenticenation.co.uk/liveshow.

Unlike anything else on the training scene, Apprentice Nation, supported by lead sponsor BT, one of the UK’s largest private sector apprenticeships employers, has been built as a gamified career development platform that taps into the power of music to engage and inspire 16 - 24-year-olds, particularly those from historically underrepresented backgrounds, to discover career pathways and job opportunities through on demand videos, mentor sessions, webinars and Q&A sessions.

Working with artists, such as Mae Muller and Ivorian Doll, who can speak authentically to their audience, harnessing the power of their music and message to engage with young people, especially those from underrepresented backgrounds. 2021 curriculum topics include: making your CV represent yourselves, finding your purpose, digital skills employers really value, dealing with grief or loneliness, finding work when pregnant or homeless, and how to boost your confidence.

Apprentice Nation shows have engaged thousands of young people from across the UK and supported them to build skills for work and life. Produced by RockCorps and Multiverse, the platform aims to highlight alternatives to university, such as apprenticeships, that young people might not have otherwise considered. In fact, the same research of 16-24-year-olds found, four in ten (42%) of young people would consider an apprenticeship if they could find one in an industry they liked.

Zain Iqbal, 19, Software Engineering Degree Apprentice at BT, says: “People often assume that apprenticeships are a last resort when university plans don’t work out, or that apprenticeships are for non-academics. However, this couldn’t be further from the truth. By the end of an apprenticeship you build interpersonal skills, team working abilities, time management and become qualified in your field. The skills and experience I have gained during the short time I have been with BT hold more weight and importance in my life and will aid my career. Learning from people who have years of experience and knowledge, working on projects, managing workflows, and communicating efficiently with colleagues far outweighs just a standalone degree! Freshers’ week may sound tempting to some, but I say, work hard now, play later.”

The free, accessible content, delivered by the top UK artists, alongside industry leaders and young people, gives participants the opportunity to earn credits whilst they learn and exchange them for exclusive rewards provided by partner BT, such as Wembley football tickets, tech equipment and online entertainment subscriptions, or money can’t buy online video hangout with one of the artists from the concert. Young people from all four nations have excelled through the programme; over 2,000 courses completed in 2020 and 75% of participants reported an increase in confidence for themselves and their future.

Stephen Greene, CEO RockCorps and Producer of Apprentice Nation says: "This is what it’s about; Apprentice Nation artists lighting up the stage, inspiring young people to shape their future. We’re grateful to AJ Tracey, Mae Muller and Ivorian Doll for sharing their stories in such an authentic and credible way. There are many different ways to land a career you love, as long as you have the tools and opportunities to do so. We’re proud to be working with our friends BT and new partner Lucozade to help make this happen for more young people across the UK."

Marc Allera, CEO of BT's Consumer Division, says: "What better way to kick off another brilliant season of learning, earning and mentorship than with a live Apprentice Nation Concert? At BT, we know first-hand the brilliant opportunity that apprenticeships offer – both for young people and for our business. That's why during the pandemic we continued to recruit apprentices and graduates across a diverse field of roles. Grads and apprentices are an essential part of our business, doing real roles, learning new skills, and taking on real responsibility, all from day one.

For more information on Apprentice Nation’s programme and how you can unlock rewards, visit apprenticenation.co.uk/join

Tune into the Apprentice Nation Concert premiere on 7 October at 19:00 at apprenticenation.co.uk/liveshow