Vanessa has over 15 years of writing, producing, and directing experience 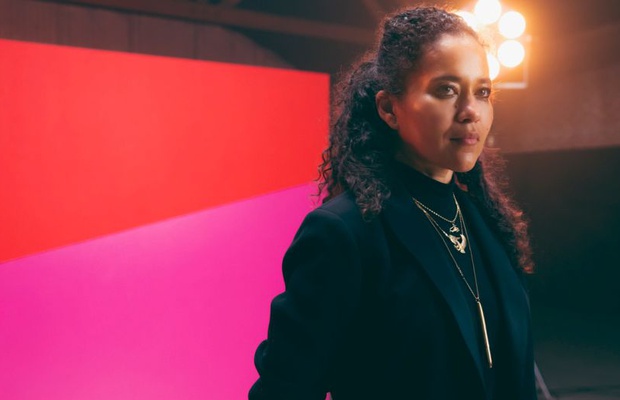 Acclaimed production company Rattling Stick has signed award-winning director and writer Vanessa Beletic for commercial representation in the US and UK - her first commercial representation after an extensive independent career. The creative filmmaker, hailing originally from Haiti, has over 15 years of writing, producing, and directing experience. Vanessa has crafted award-winning music videos and projects for brands like Levi’s, Theory, Estee Lauder and Samsung, and brings her diverse creative background, an eye for bold aesthetics and relentless filter for authenticity to Rattling Stick.

Says Rattling Stick director / co-founder, Ringan Ledwidge: “With Vanessa, there’s just no shortage of what any brand, and advertising as a whole, needs to keep pushing forward--a clear, distinct voice, vision and passion that fuels who she is. As a filmmaker, Vanessa has never needed the system to clear a path for her, she just did it, so it’s an absolute honor that she chose Rattling Stick to take it to the next level and see how far we can go together. There’s no end in sight and the tank is full, I couldn’t be more excited for the trip.”

Adds Vanessa: “I’m thrilled to join forces with Rattling Stick, it’s a privilege to bring my vision to the type of interesting and storied work with the talented creatives Rattling Stick attracts.”

Spending her early childhood in Haiti, Vanessa lived in Guatemala before moving to the US with her family at 13 years old. There she studied dance and education at New York City’s Hunter College and launched herself into an esteemed career as a professional dancer. It was in Los Angeles working with acclaimed commercial and music video directors on projects for Michael Jackson, Prince and Justin Timberlake that Vanessa decided to pursue her life-long passion for filmmaking. She followed an instinct to merge lifestyle content and advertising, tapping into a new breed of branded storytelling. Vanessa quickly became a pioneer in that world as a writer and director, pitching some of the first branded content shows to Nike and Sephora. In 2006, she became a key creative in the development of one of the earliest digital lifestyle networks.

Vanessa’s background in fashion and dance guides her work and lends it a kinetic energy. As a director, she loves producing work that is dynamic and high impact yet grounded in reality, with characters that defy the odds - by way of magic, perseverance, or straight up hustle.  She cites Herb Ritts, Spike Jonze, Alfred Hitchcock, and the 80s era of iconic music videos as major sources of influence on her work.

In addition to pursuing new commercial opportunities with Rattling Stick, Vanessa enjoys working on feature films, music videos, and short films. She directed the recent “Ooh LA LA” music video for rap duo Run The Jewels, which was nominated for the 2020 MVPA, UKMVA, and the 2021 Libera awards. Her work has been featured by Conde Nast Entertainment, Fast Company Magazine, PopSugar and Rolling Stone. Currently in development on a feature length thriller, Vanessa is also a mentor to several young female filmmakers of color as part of her advocacy for the advancement of black women’s voices in film and media.