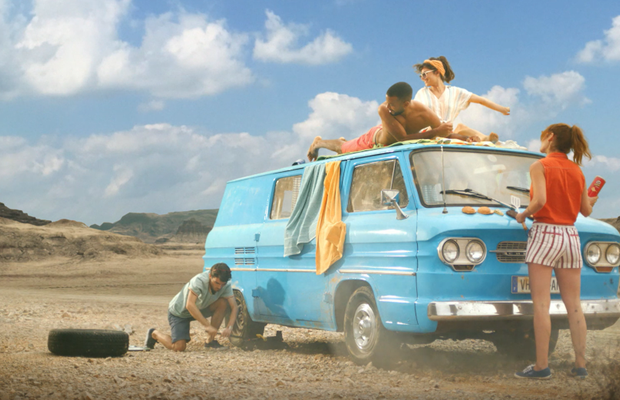 While there is still much uncertainty around what the remainder of summer 2021 has in store, a new multinational campaign for Pringles, created by Grey London, is set to inspire us to make the most of it – whatever happens.

Which is exactly what we see depicted in several short films, where, at first glance, the characters appear to be enjoying 'fairly typical' summer pursuits, only for a different reality to emerge.

In one, a group of friends seems to be soaking up the rays at a beach when one of them slips off his lilo and into the water while reaching for the Pringles. We then realise they’re not enjoying a seaside holiday but are bobbing about in a city canal, watched over by a disapproving fisherman who does not see the funny side when our hero emerges from the water using two Pringles to make a duck’s beak.

Among several other scenarios is a sandy beach which turns out to be a construction site, and the arrival of cocktail hour, but it’s happening on a suburban balcony. The spots all encourage viewers to ‘Do summer your way’, and feature the Pringles ‘Pop, Play, Eat’ strapline.

Rui Frias, senior brand manager at Pringles said: “Life might be improving for a lot of us but there’s still so much uncertainty, which is why we’re thrilled that Grey London has put such a positive spin on the situation with this campaign. We hope that viewers across Europe appreciate the sentiment and share their own examples of making the most of whatever comes.”

Pedro Rosa and Roberto Kilciauskas, creative directors at Grey London added: “Nobody knows what’s going to happen for the remainder of summer, so it’s all about gathering your friends for some unexpected fun. Pringles naturally lends itself to this playful vibe and it’s really a pleasure to put out such an upbeat, celebratory campaign while things remain on the unpredictable side.”

The campaign breaks this month, running on television in 15 markets, and online video in 22 markets. There will also be out-of-home activity across four of Pringles’ key markets. Media planning and buying is by Carat.