Andrew Dauska, CEO of the St. Louis based, DDB network agency, speaks to LBB’s Addison Capper about why “longevity promotes stability” and being an “entrepreneurially-minded, but network-connected” agency 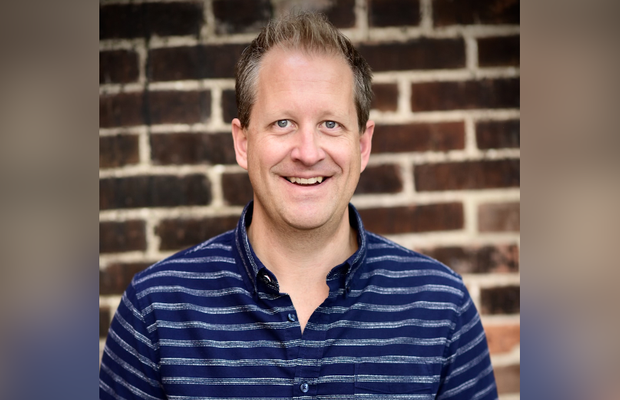 Rodgers Townsend, the agency based in St. Louis and part of the DDB network, turned 25 years young in October. The business is a 60-strong, tight knit group with a rich history and proud culture. To celebrate its recent milestone, Rodgers Townsend invited all past and present employees for a lovely, open-air reunion, underpinning its family ideals.
At the helm is CEO Andrew Dauska (founders Tom Townsend and Tim Rodgers retired in 2015 and 2017 respectively). Prior to joining Rodgers Townsend, Andrew has led Effie-winning, cross-functional teams for TBWA\Chiat\Day, Wunderman, Carmichael Lynch and Leo Burnett. LBB's Addison Capper chatted with him to find out more about the agency and the way it works.

LBB> Rodgers Townsend recently turned 25! Tell me about the history, how did it come to be and what has its journey been like through those 25 years?

Andrew> In 1996, Tim Rodgers and Tom Townsend left successful careers at what was D’arcy, when most of the Anheuser-Busch work was still at St. Louis agencies. They wanted to create a place where it was easier for great people to make great work.
Southwestern Bell became an early client, and evolved to what is now AT&T, which we count as a 25-year client. In 2006 the agency was acquired by Omnicom and became part of the DDB group. Tom retired around 2015 and Tim in 2017, so we’re really only under the second generation of leadership for an agency that’s 25 years old (or young). RT has evolved as the marketplace has, and as more of our work is built for small glowing rectangles. But the spirit, the commitment to craft, each other, and a common sense to management remain steadfast.

LBB> Tell me about the agency today - how would you define it? What makes it unique?

Andrew> We call ourselves a Creative Growth Agency – our product is Emotional Advantage, which we believe builds Business Advantage. Part of what makes us special is the range of our work: we’re somewhat a different agency for each client. For an agency our size, we’re unique in running the gambit from fully integrated campaigns with TV/video/audio, to producing thousands of pieces of digital content, to long-form executive visibility writing, to launching several websites every year. Having an integrated media strategy and buying team also differentiates us in being able to provide full-service solutions for small and mid-sized clients.

Andrew> RT is part of DDB North America, and in many instances we collaborate and share thinking and resources. But each of the offices has its personality and role in the portfolio. Omnicom and DDB welcome agencies to the family because of who they are and expect them to keep that identity - that thing that makes us special and unique. We talk about RT being ‘entrepreneurially-minded, but network-connected’. Part of that goes to having strong muscles in B2B and working with underdog clients.
While we’re small as a 60-person unit, we scale quickly for clients that need partners or people with specialist depths beyond ours, or international scale. This year we’ve collaborated with all of the North American offices on a range of accounts or pitches. The network also brings proprietary strategy and data tools an agency of our size could never afford.

LBB> I hear that the agency has a very strong, vibrant internal culture. How do you see that culture? And how do you go about cultivating it?

Andrew> Four years ago when joining the agency, I asked co-founder Tim Rodgers to describe the feel of the agency. No surprise to me now, the theme of family came to the forefront. Part of that can be attributed to our average tenure which is at least two-times industry average. In many ways longevity promotes stability, and it’s tough to architect culture overnight or on paper. It’s somewhat organic and builds over time.
We continually work to create the alloy of humility, sense of humour, midwestern work ethic, and a general care for the work that’s not often found in a bigger agency. The work is taken more seriously than ourselves. We’re accountable to each other as much as our clients. Sure, we have the freedom to disagree and challenge, but it’s always done with respect and love. That’s non-negotiable.
Finally, we emphasise People-Product-Profit, in that order. If we attract and retain the right people – the product will exceed client and consumer expectations – and the profit follows.

LBB> How does being in St Louis inform that culture and the work that you do?

Andrew> To the positive, the market has a scrappy maker-mindset. Our art directors are also designers, illustrators, animators, photographers. Our writers also edit, direct, interview and more. With challenger-brand clients often come commensurate budgets – so we do our damndest to dare and out-think a budget that larger agencies might not get out of bed for.
On the flip-side, smaller or midwestern markets aren’t always a natural talent draw for people outside of or without roots in the region. So we really do stretch and take advantage of finding talent in our market that comes from other far flung places and brings diverse perspectives. In addition to our many near or home-grown talent, we’re the products of Minneapolis, Chicago, Texas, Ohio, New York, Arizona, West Virginia, Kentucky, Mexico City and Puerto Rico.

LBB> What are your thoughts on being an ad agency based in a city like St Louis or another smaller advertising city in the US? Is it a hindrance in 2021? How can you make it work to your advantage?

Andrew> We talk about being not a St. Louis agency, but an agency based in St. Louis. While we have clients in our region, it’s an outlook distinction for an agency with clients in Illinois, Virginia, Kentucky, Ohio and Texas.
The pandemic has in a sense levelled the playing field for markets outside of the major centres.
We’ve always had long-tenured employees and been a destination agency in the market. But as permanent remote work becomes more prevalent, we have seen staffers or candidates take roles in companies they may never actually set foot in. Given our close-knit culture, we’ve tended to favour keeping roles in St. Louis, Chicago or Dallas where we have other staffers even though we’re operating in a hybrid work from home/office model.
From a client or pitch perspective, it’s opened our doors to opportunities that might not have otherwise. We’ve seen clients in New York suddenly less concerned about having that agency down the street, if they’ll only be with them in person infrequently. And we’ll always have a cost advantage to our friends on the coasts. But we don’t want to win on price, it’s about value and ease of doing business with people who consistently deliver outstanding thinking.

LBB> How did you mark the anniversary? Tell me more about the open air reunion. It sounds like a nice and wholesome idea, especially to invite former employees to the celebration.

Andrew> When we started talking about getting together to celebrate RT25, we knew that we were in unpredictable times. Four things were critical: open air for health-safety, a roof in case of weather, a bounty of libations, and inviting everyone who has ever been a part of the RT family. That goes back to the roots that Tim and Tom planted, and the founding value of equality: everyone in the agency is important and has a voice. Like a family. We wanted a family reunion to recognise and give thanks to everyone who’s made RT what we are today.
While it downpoured all night and we were under tents, over half of our 300+ former and current colleagues celebrated on the grounds of our Art Museum, beneath the iconic statue of our city’s namesake St. Louis.

LBB> You just picked up an Effie - congrats! What work was that for?

Andrew> Spectracide is one of our Home & Garden brands at client Spectrum Brands. It’s been a multi-year campaign, and they’ve seen great success in moving up from a value brand at retail to a sought-after brand. They’ve recently become the number one brand in the category and keep seeing the return on their marketing investment. It’s a great and hard-fought partnership between so many at our agency and the client marketing teams. We can only hope we can get together in person to celebrate the next one.

LBB> Which other projects are you particularly proud of and why?

Andrew> We take pride not just in “what” we made, but how and why. I’m convinced we pulled off the first live-action commercial production under Covid-safe regulations in late March 2020. We’ve filmed Drew Brees and Gabby Douglas for Smoothie King with days to prep. We staged a convention centre in Mexico City to be an airport for an AT&T production at a fraction of the cost of filming in an actual one. And our work for Yellowstone bourbon has doubled case volume since the campaign broke. I’m proud of the amazing growth that all of these clients have seen in growing stronger in the face of the challenges of 2020-21. More so, we’re all proud of the people who’ve chosen to be RT, and are committed to playing the long game for our clients.

LBB> Any parting thoughts on Rodgers Townsend life and culture?

Andrew> The business certainly isn’t getting any easier. But we approach it with the same love for each other and drive to win on our clients’ behalf. And if we think about turning 25, we could say that we’re just finding our stride.

How SKITTLES Brought Back ‘Lime’ with an Apology Press Conference