Return of the Meme: How Brands Can Bond with Consumers Through Nostalgia

Charlotte Hoare, senior strategist at ITB Worldwide, reflects on how 'nostalgia' continues to be a powerful force in today's social media landscape 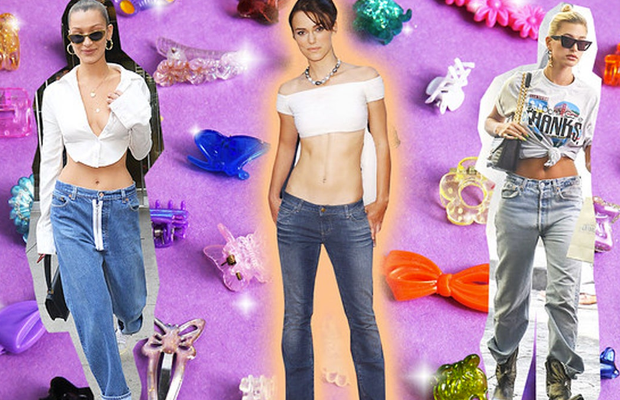 The Nokia 3310, Britney Spears’ pink fluffy hair ties, Michael Jackson’s ‘Thriller’ cassette playing through your Sony Walkman; all of us can look back on a moment in time with fond memories that were defined by a new piece of tech, a fashion craze or a tune that defined a decade. After all, experiences of the past are what help form identities in the present.

Just think about that in today’s media landscape and nostalgia has been everywhere over the last 12 months. A good old dose of nostalgia to remind us of the good times is just what consumers have been craving in the midst of a period of economic uncertainty. From Spotify Wrapped and Spotify Time Capsule (allowing users to recount their 50 most-listened-to songs/artists and top tracks of a particular year gone by) to Facebook and Instagram ‘Memories’ and Timehop, social media doesn’t want us to forget the past - and neither do brands.

It’s no surprise then that marketers are also leveraging nostalgia in a big way in the hopes of creating emotional bonding moments with their audiences looking to remember happier times - which is a welcome distraction from the current circumstances we all find ourselves in.

Nostalgia has been big in the world of entertainment for a long time now, with hit TV shows like Netflix’s Stranger Things paying tribute to 1980s movie classics and pop culture of that era, new iterations arising of beloved 90s favourites like Sabrina The Teenage Witch and the return of culture-defining shows like Friends and Sex and the City, which have been off air for decades. Brands that have such a rich history in recent culture, like Microsoft and Coca-Cola, are well placed to capture this sentiment perfectly through brand partnerships that play on those memories and iconic products of old.

But it’s not only heritage brands who have an invite to the nostalgia party. Since TikTok started to dominate the social media scene, nostalgic moments like these are seeing a new burst of life - and everyone is joining in. Take the latest Y2K pop star trend - where TikTok stars take a time machine back to the 2000s to re-imagine their wardrobe choices, taking fashion inspo from pop stars of that time. It all started with @ageorama as part of a paid partnership with Free People but, since then, it’s been picked up by multiple followers and other creators too. The Y2K girl is a key trend of the Gen Z TikTok community - there are a multitude of Y2K hashtags, with Y2K fashion alone clocking up nearly 100 million views so far.

For Coach’s Y2K-inspired campaign, the brand tapped early 00s icon Paris Hilton alongside internet personality Rickey Thompson and musician Kim Petras with creative visuals that recreated the retro AIM-style chatroom that many will remember fondly. Hilton also starred in the ad campaign for SKIMS’ velour tracksuit, alongside Kim Kardashian West; a creative nod to the Juicy Couture velour trend that defined the early 00s and started during the ‘A Simple Life’ era.

And then there’s the Gucci x Disney collaboration that includes exclusive collections of apparel featuring Donald Duck, Doraemon and Pokémon, and Loewe’s collaboration of ready-to-wear and accessories featuring Totoro earlier this year – all leveraging cartoon icons from millennials’ childhood. There’s even an Instagram account (90sanxiety) with over 1.8 million followers, regularly sharing content relating to none other than 1990s throwbacks. Need I go on…

According to GlobalWebIndex, nostalgia can make humans more optimistic and have a positive influence on their actions - with music topping the charts for all age groups as the biggest nostalgia trigger in the last year. From music to film, even this year’s Super Bowl served up a heavy helping of nostalgia with Cadillac playing on the iconic Edward Scissorhands film and John Travolta recreating his famous dance from Grease for fertilizer brand Miracle-Gro.

With lockdowns now starting to ease across the globe, brands still have an opportunity to bring colour to what had been a dark year, by reminding their communities of how precious a world full of freedom is. Using nostalgia as a marketing tactic not only connects consumers with positive moments of the past but also helps to envision the idea of an optimistic future.

On social media in particular, brands are relaunching content and products from the past that consumers have a bond with or fond memories of. Content that revolves around classic elements, re-releases of now defunct products, comedic content presented in more “old school” ways will garner stronger engagement and positive sentiment from consumers. Brands should, however, temper the comedic aspect of nostalgia with empathy - ensuring messaging is focused on real, relatable moments from our collective and personal histories, and encouraging fans to share their true selves.

In the world of influence, this means that brands can harness sentimentally by aligning themselves with individuals’ personal experience for a more intimate and conversational approach that is relatable. Individuals and brands who share these real stories and focus core messaging around human stories rather than product centric narratives will in exchange provide emotional escapism and convert followers into true fans.

Memes, which saw a massive comeback over the last 12 months, have also proven to provide the light relief and comedic entertainment we all need - especially amongst the endless scroll on social media. According to Portada Online, 39% of US and UK internet users said they shared memes on TikTok. Meme content and TikTok trends showcase this appetite for more unfiltered, everyday content that reflects genuine lived experiences away from the glitz and glamour. Those influencers who lean into this and expose the realities of their life - warts and all - will see greater engagement and long-term loyalty from their followers.

Nostalgia has always been a powerful force in marketing; being reminded of the past through ads can also influence their buying behaviour. As marketing moves towards more human centric narratives, tapping into strong memories can be a powerful way to elicit emotion. Empathy and relatability through nostalgic content will go a long way in helping brands to bond with consumers on a deeper level in their social media communities.

The Work That Made Me: Maria Conti