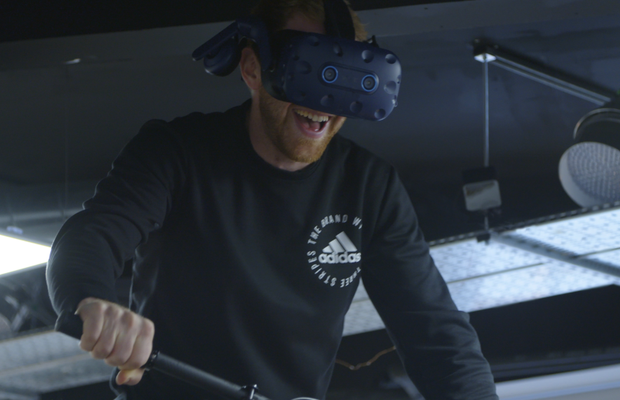 Think you could put yourself in the saddle and keep up with Scottish trials cyclist Danny MacAskill? Now it's possible, with a new interactive virtual reality experience created by REWIND and Cut Media for the mountain bike brand Santa Cruz Bicycles.

Danny MacAskill’s VR Ride Out puts the user on Danny’s bike for the first time for a radical, hair-raising trip that shows exactly why he is a street-trials phenomenon.

After mounting a one-of-a-kind bike rig at the Ride Out bike store in Amsterdam, users don a virtual reality (VR) headset and tear through two different riding. The VR journeys are based on a breathtaking ride along the vertiginous Collies Ledge in the Isle of Skye, Scotland, and a hair-raising balancing act along the Landwasser Bridge in Switzerland.

Created in Unreal Engine, the virtual adventure used a combination of headcam and drone footage from Cut Media’s smash hit film The Ridge, which was scanned as photogrammetry to create initial geometry, resulting in a never-before-seen VR encounter. With the combination of interactive virtual reality and motion rig technology, REWIND created an industry first; where the rider experiences real-time feedback of the terrain through the handlebars and via the pitch and roll of the customised platform. 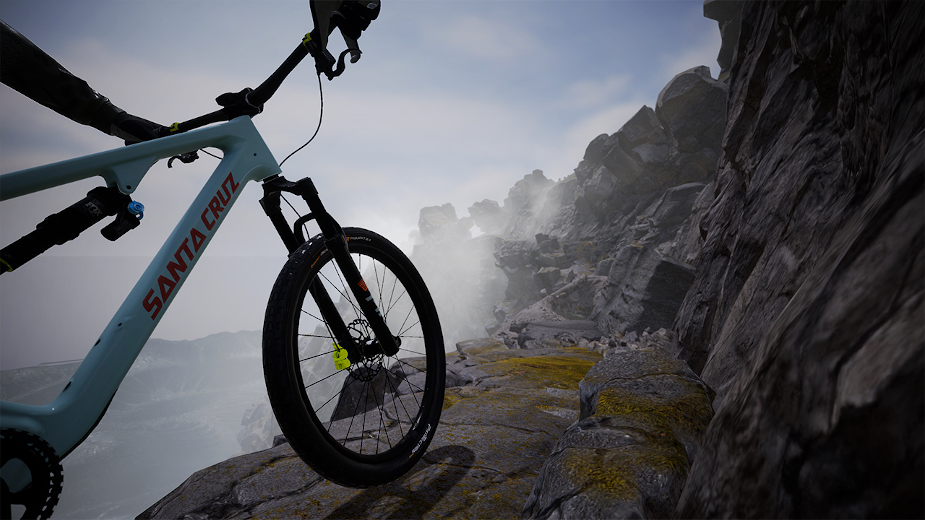 The immersive trips are part of a multichannel marketing initiative by Cut Media to celebrate the launch of Santa Cruz Bicycles in the Ride Out bike store in Amsterdam. Everyone who tries the VR experience receives a branded playthrough video of their rides to share on social media.

Neil Evely, Head of New Business at REWIND, said: “It was a pleasure to work with the team at Cut Media and bring to life two of Danny’s most famous biking trails in virtual reality. By tightly integrating the Santa Cruz bike with the motion platform in Unreal Engine, we’ve created an exhilarating, world-first VR mountain bike experience. It literally puts you in the saddle, letting you experience those routes first hand.”

Stu Thomson, Founder and Director at Cut Media, said: “We’ve collaborated with Danny for twelve years, and we’ve been so proud to help showcase his incredible skills for viewers all over the world. It’s such a thrill to put the audience on Danny’s bike for the first time and test their mettle against a vertigo-inducing white-knuckle trip that will challenge their balance and composure with heights.”