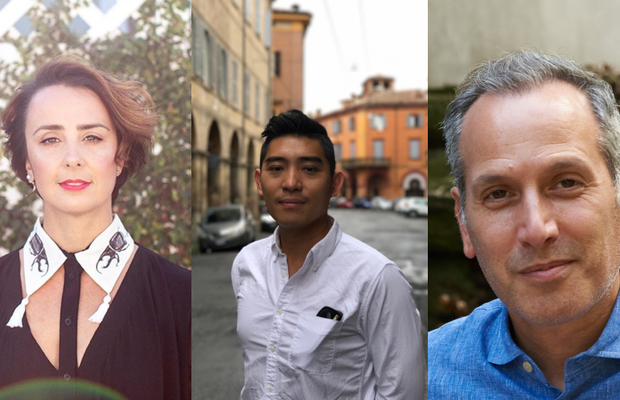 R/GA has announced three new hires as part of bolstering its creative leadership.

Andrezza Valentin, Xavier Teo, and Ari Halper are part of R/GA’s thoughtful, human-first approach to leadership, and a best-in-class creative process and output. All three will work with R/GA NY creative leads Shannon Washington and Erin Lynch, in addition to global chief creative officer Tiff Rolfe to foster inspiration at the intersection of creativity and technology.

Andrezza Valentin joins R/GA NY with vast expertise working across the industry from brand campaigns, interactive storytelling, and production. She will work with R/GA's creative leadership to shape and advance a cross-functional approach to creativity, working at the intersection of storytelling and digital experience. Previously, Andrezza worked at AMV BBDO London, Facebook, HAVAS, AKQA, B-Reel, StrawberryFrog, and most recently, MediaMonks LA - leading the Google account. She also co-founded/led a digital production agency in NYC for several years, and has a history of delivering award-winning work for clients like YouTube, IKEA, Martini, GE, Coke, Hyundai, and more.

Xavier Teo will work closely with global CCO Tiff Rolfe to oversee creative output for the Verizon account. He has more than 18 years of experience working in top agencies and brands globally, having created campaigns for Fortune 50 companies. Xavier’s work has been honoured by Emmy, Cannes, Clio, Art Directors Club, One Show, D&AD, and AICP shows. Outside of his work at R/GA, Xavier is well-known for his abstract expressionism art on the notion of retracing lost time and memories. His art can be seen here.

Ari Halper is tasked with helping R/GA offices around the globe optimize their strongest work to make it even stronger still, before, during and even after it’s been created. Prior to joining R/GA, Ari started his own creative consultancy called Sauce Idea Lab, where he worked with several clients and agencies alike. Most notably, however, he helped R/GA have one of their most successful awards seasons ever. His previous work experience has included North American creative partner for FCB Global and the chief creative officer of FCB New York before that, 13 years at Grey New York. Ari’s work has been awarded at every major show in the industry including a total of 57 Cannes Lions (across 16 different disciplines), an Emmy and even a shortlist at the Oscars.

The Flexible Future of Work