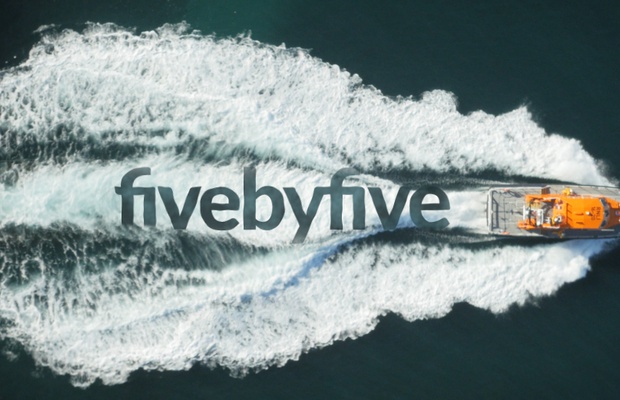 The Royal National Lifeboat Institution (RNLI) has appointed global independent creative and production agency Five by Five as one of its new creative agencies on a new roster, handling overflow design and larger creative specialist briefs.
Founded in 1824, the RNLI is the charity that saves lives at sea. Funded by voluntary donations, the charity has 238 lifeboat stations across the UK and Ireland and has lifeguards on over 240 UK beaches.
Responding to a request for proposal in December, Five by Five was shortlisted to pitch in two out of three key areas: large project-by-project creative specialist briefs, and overflow design. The larger specialist briefs involve working with RNLI teams to create core campaigns for audiences, including legacy, individual giving, corporate partnerships, and international. Overflow design requires the agency to support the RNLI’s in-house creative team across multiple channels, including developing new assets and updating existing materials.
Having won the pitch, Five by Five will be responsible for raising awareness and driving fundraising, handling an individual giving campaign launching in September.
Sarah Shaw, client director at Five by Five comments: “We're immensely proud to be appointed as a creative partner of the RNLI. Aside from the opportunity to deliver some stand-out creative for such a worthwhile cause, we're excited to be working with such a passionate team. The dedication they show to the work they do, their agility, matched with their ambition and desire to deliver meaningful campaigns, feels like a perfect fit for Five by Five.”
Nicola Evans, client services manager at RNLI, adds: “Five by Five produced a great pitch, the work was innovative and exciting and they demonstrated a real understanding of our brand. We’re already working with their team and have been impressed by the quality of their creative and the standard of Account Management. The team are looking forward to developing this partnership to help raise funds for our charity and spread awareness of the lifesaving work we do.”