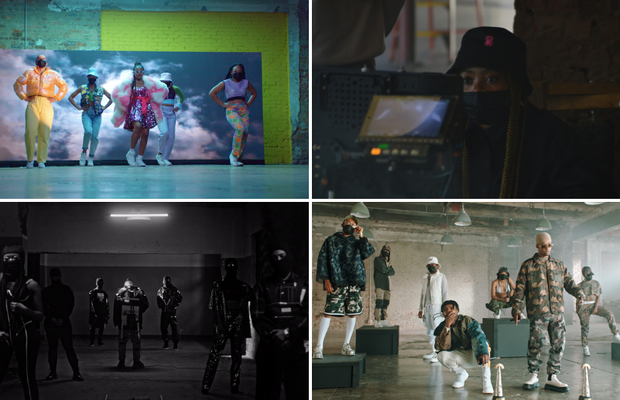 Liam Johnson, Robot’s executive producer, would normally start planning his summer travels right about now. This year, however, the prospect of getting on a plane and hopping off at numerous global destinations is looking a little less than likely, thanks to the uncertainty of the pandemic. Still, that’s hardly a reason to despair or put plans fully on hold. Used as we all are to the digital switch, Robot has decided to fly the flag for South African creativity online, by sponsoring the South African edition on LBB’s platform. For Liam, it’s “a fantastic opportunity to showcase South African talent, both locally and internationally.”

South Africa, and Robot in particular, have had a busy year when it comes to production, with Liam noting that “December was exceptionally busy.” Robot shot numerous jobs for British companies and even when the travel restrictions were announced, many chose to quarantine on return, like Dog Eat Dog, and go ahead with their planned shoots anyway. Liam says: “We had about 20 people travelling from Europe for a huge campaign and they stuck with us with no problems once here.” Like a lot of production companies at this time, Robot adapted to the unusual situation by also facilitating remote shoots. “We shot a few jobs totally remote, and while it’s not the same as being here, you ultimately make it work!”

It’s clear that Robot, by way of Liam and directors rep Callan Paul, are really passionate about the creativity and creatives on the ground in South Africa. There’s a feeling that Africa as a continent hasn’t yet gotten its due or credit for the inspiration and artistry that it provides to others. Liam says: “We’re a force to be reckoned with and it would be awesome to showcase that properly. I don’t think the recognition is there yet; that goes for South Africa, and Africa in general. American musicians often sample music from Nigeria, dance moves from Angola, and fashion from Ghana.” While artists from outside the continent look to it for new ideas, “creatives in Africa draw inspiration from themselves while the rest of the world looks here for fresh and original ideas.”

Brands are starting to realise that there’s a huge and untapped market, which needs its own original ads tailored to the region, not simply localised for this particular audience. To succeed in South Africa, global brands “need creativity and ideas that originate here; something that smaller, local brands are amazing at doing,” Liam says. Guinness gets a favourable shout-out for realising the potential growth of the FMCG market and going about it the right way. Their latest product is a dark beer made for Africans by Africans, using ingredients grown on local soil. Liam commends brands that are “really looking at the fashion, dance, art – everything that’s going on here – and actively channelling it when creating for the market.” Robot recently shot a huge campaign for Hennessy Africa, bringing in musicians and personalities from all over Africa to front the campaign. “It was so great to see a French client really get the soul of what was going on locally and to make their campaign authentic to Africa. They truly considered the African market and responded to what was around them.”

Robot are keen to capture the energy and diversity of South Africa with the work they produce. The company’s ethos, according to Liam, is to “make every project one that we’re really proud of. We put everything into our work, all energy and resources, and get it done to the best of our ability.” Callan adds: “We’re very conscious of making work and creating in a way that’s inclusive and representative. We live in South Africa and we want our crews to reflect the population. We want our shoots to be sustainable. We don’t want to be contributing to the industry’s problems, we want to be part of the solution.”

Liam is excited about what’s to come, adding that he “wants to make work that feels fresh and relevant.” There’s a sense of creative freedom at the heart of Robot’s mission, giving their roster of directors the space to pursue their interests and passions. “Our directors like to work across platforms and media, not just traditional TV advertising,” adds Callan.

Robot are growing quickly and taking on huge clients, one after another. Recently, they added a Johannesburg office to the family, commenting that they’re “really excited as it’s a super creative environment to have a base in.” Even with some pandemic-related uncertainty still in the air, Robot knows that they’re in for a fun twelve months as their team and roster of directors keeps expanding with incredible talent.

For LBB CEO Matt Cooper, this new partnership represents the opportunity to shine a spotlight on South African creativity: “Everyone at LBB is really excited to partner with Robot, and give this country the attention it deserves. It’s such a creatively exciting region, always full of fresh and original ideas - and it’s time more people knew about it. I know the South African edition will help us do just that.”

In the meantime, Robot wants to get more eyes on local talent, spotlight the beauty and opportunities of South Africa, and meet like-minded people – even if only digitally for now.