The cute animation transforms the educational and somewhat heavy subject matter into a delightful, yet informative piece 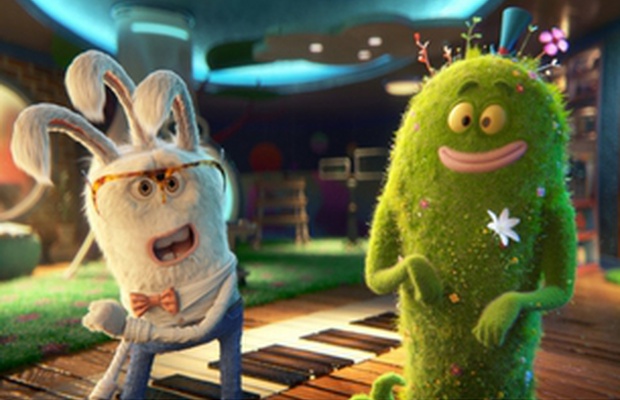 New York-based creative studio Roof Studio teams with RPA and the Pediatric Brain Tumour Foundation to uncover smiles in a time of worry and distress in the original animation short “What is an MRI?,” as a means to educate paediatric cancer patients on an MRI procedure in an entertaining way. The short is part of a 20-film series that features a fictional group of characters coined the Imaginary Friend Society, created by RPA, that helps educate kids on cancer treatments in a way that’s engaging and easy to understand. Launching during Childhood Cancer Awareness Month, “What is an MRI?” and the additional videos debuted on September 24th at a special screening event during the foundation’s Starry Night 5K at Griffith Park in Los Angeles.

Roof Studio, led by director Guto Terni, leveraged its expertise in creating vibrant, whimsical animations to bring each character and the storyline to life in a way that is imaginative, educational and enjoyable. The studio designed a duo of original characters. The first is Charlie, a brainy three-eared white rabbit with charming denim jeans and a bow tie, that acts as the instructor and guide for young viewers. The second character is Roger, a green creature with furry tentacles who is ornamented with blooming flowers and a quaint blue top hat, who provides the comic relief throughout. Terni chose to depict Charlie as a bunny to add a sense of movement to the piece’s single setting, filling up the space and adding an interesting dynamic with his swift motions. Roger’s character design was a fusion of monster and nature, emphasizing a pure spirit that would be relatable to young audiences.

The animation transforms the educational and somewhat heavy subject matter into a delightful, yet informative piece that artfully fuses the serious topic with a dose of levity. The short shows Charlie coaching Roger, the more silly and timorous of the pair, through intimidating scenarios including an MRI procedure, easing his nerves with a stuffed animal for support and expanding his imagination to envision the MRI machine as a space ship.

The overall look for the animated short pays homage to such iconic classic cartoons as Tom & Jerry, Bugs Bunny and Woody Woodpecker, leveraging exaggerated movements and facial expressions and an expertly timed soundtrack to bring to life the slapstick pranks and physical comedy of the 40s/50s animation style.

Notes Terni, “I decided to make the film in a way that would feel really tactile, with realistic lighting and textures to make the MRI room feel believable. Vivid colors create an atmosphere that helps kids feel comfortable, allowing them to become immersed completely in the world of the story. The tactile approach of the CG helps close the gap between what the patients are seeing and what they will experience in real life, leaving no room for surprises that they could be afraid of.”

Roof Studio previously collaborated with RPA on the whimsical animated “The Dreamer” spot for Honda.

This initiative was a response to the lack of relatable material that communicates the medical and emotional aspects of cancer to children. Every film from the collection covers a different cancer-related topic, and the concept of imaginary friends stemmed from cancer survivors who used imaginary friends as a coping mechanism during treatment.