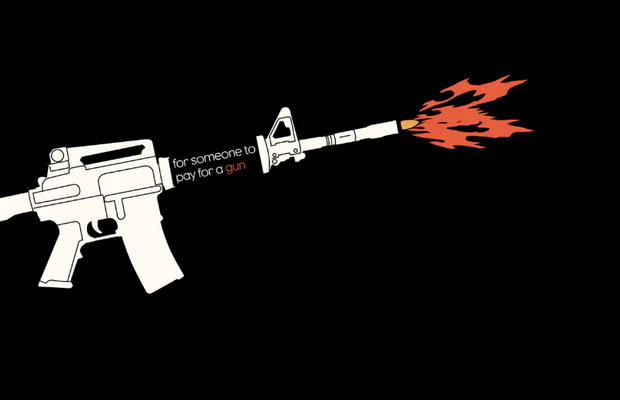 Gun violence is a widespread issue around the world. In the  United States in particular, the number of cases continues to rise. Aiming to make a real difference and spread awareness of this issue, non-profit organisation Sandy Hook Promise (SHP) has teamed up with BBDO New York and creative production partner Taylor James for a new campaign that urges people to reach out to their senators and demand improved background checks.
The 60” spot, entitled 'A Couple Minutes', takes the audience on an emotional journey. Opening on a warm tone, the moving spot paints the everyday life, before the story quickly escalates, skilfully depicting the speed at which a normal everyday situation can transform to a tragic one in a matter of a couple of minutes. Ending with a rousing call to action, the spot addresses the ongoing gun reform policies long overdue in the United States and hopes to make an impact.
Taylor James was tasked with bringing the script, created by BBDO NY, to life. In order to portray the severity of the topic and bring attention to the enormous issue of gun violence, the creative studio relied on simplicity and minimalism to deliver the hopeful appeal.
The animation-based campaign focuses on typography as the primary medium to deliver the message, whilst also introducing subtle animations to further bring the story to life. Taylor James created 2D illustrations for each moment in the spot. In the end, however, only two illustrations were kept - the striking image of a gun shooting through a door and the American flag.
In addition to the 2D animation, Taylor James also created the typography from scratch, initially experimenting with typefaces and different size fonts, before landing on an unembellished and uniform style that complements the story and doesn’t detract from the message.
Daniel Behnken, producer at Taylor James comments: “This project was 100% about social impact for us. Gun reform in the United States is long overdue, and we’re honoured to be working with Sandy Hook Promise and to be a part of a project that is going to help shape society for the better. This is a prime example of content creation making a difference. We hope that the ad will inspire people to take a couple of moments to call their senators and ask them to vote in favour of improved background checks. This policy is about the safety of our loved ones and our community. We were honored to work on this project, as it’s a cause we believe in.”
David Rasura, creative director at Taylor James adds: “The words in this campaign are so impactful, they paint these pictures in your mind that go from mundane, day-to-day activities, and build up to a heartbreaking, life-altering experience. In creating the animation, we found the feeling behind every word and let that guide us.
We created the typography from scratch. Initially, we varied the typography throughout the spot, making it individual to each card. We tried bigger and smaller fonts too. In the end, we went with something unembellished and uniform. The font doesn't change size throughout the piece, as the story is so moving that any flair would take away from it. It was also important that the audience could read the text clearly. The animation also moves slowly, so the audience can take it all in.”
Nicole Hockley, co-founder and managing director of Sandy Hook Promise says: “Gun violence is not a political issue. It is a public health issue – and a growing epidemic plaguing our nation – that Congress has the power to help reverse with expanded background checks for gun purchases. We must raise our voices to demand action now. Our families’ lives are at risk.”