Save the Children Jordan and global Save the Children movement launched the campaign with VMLY&R to unify all efforts to protect the lives of Syrian children, their families, and their communities in the Zaatari Refugee Camp 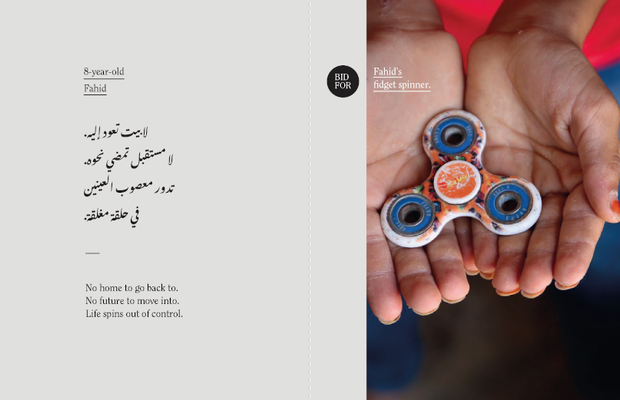 As the Syrian crisis marks its tenth anniversary, Save the Children Worldwide has launched its latest campaign The Last Possessions.

The initiative is inspired by the last items that Syria’s refugee children carried with them as they fled their home country. These are items they took on their long journey, and often among the precious few belongings they were able to bring from their homelands.

These simple items such as a blanket, a football, or a musical instrument hold many heartbreaking yet inspiring stories. Save the Children and VMLY&R collected the stories behind these possessions. The photos were then collated and presented together in a beautiful art bound book.

“The Last Possessions is a book that documents journeys of escape,” said Kalpesh Patankar, chief creative officer, VMLY&R. “We wanted to create and illustrate the hardships refugees face though the lens of inanimate objects which have gone on this journey of survival with these children.”

The Zaatari Refugee Camp, located in Jordan, is the largest camp hosting Syrian refugees worldwide. The Camp is home to almost 80,000 refugees, with close to 20% under the age of five. Since the global outbreak of the COVID-19, the challenges facing Syrian children and their families in refugee camps have worsened, sparking further rally cries for help. The campaign aims to unify all efforts to protect the lives of Syrian children, their families, and their communities in the Zaatari Refugee Camp, in light of these difficult conditions.

Contributions will spark a positive change in the lives of Syrian children and their families in the camp.

This BHM, Let’s Never Go Back to Normal