BBDO, British researchers and the WWF named the shrimp like amphipod 'Eurythenes Plasticus' to show the reality of the impact plastic on the world's oceans 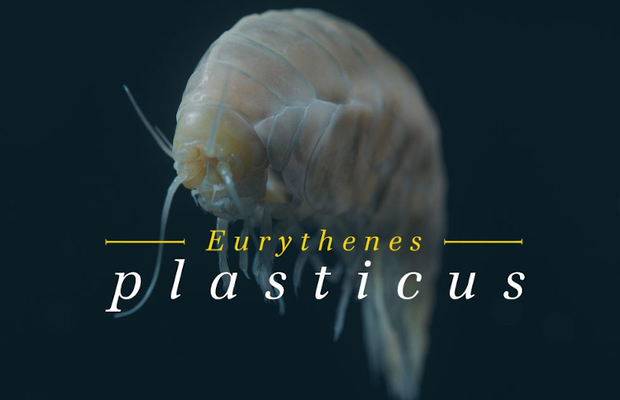 It lives 6500 meters deep in the Pacific Ocean, is about five centimetres small and although only recently discovered, has already provided plenty to talk about: Eurythenes plasticus.

BBDO Düsseldorf, in cooperation with the German branch of the WWF and researchers from the University of Newcastle, have launched a worldwide campaign to draw attention to the increasing plastic pollution of the world's oceans. The three partners have named the newly discovered deep sea species after what contaminates it: plastic.

Eurythenes plasticus, a ‘shrimp like’ amphipod, lives in one of the deepest places on earth - and still has plastic in its body. It was discovered by a scientific team led by Dr. Alan Jamieson in the Mariana Trench near the Philippines. “We decided on the name Eurythenes plasticus as we wanted to highlight the fact that we need to take immediate action to stop the deluge of plastic waste into our oceans”, said Dr. Alan. The research was supported by WWF and published in the renowned scientific journal Zootaxa on the 5th of March 2020.

Heike Vesper, director of the Marine Programme at WWF Germany, said: "The newly discovered species Eurythenes plasticus shows us how far-reaching the consequences of our inadequate handling of plastic waste truly are. There are species living in the deepest, most remote places on earth which have already ingested plastic before they are even known by mankind. Plastics are in the air that we breathe, in the water that we drink and now also in animals that live far away from human civilisation."

Inside the amphipod’s body they discovered polyethylene terephthalate (PET), a substance found in a variety of commonly used household items such as water bottles and workout clothes. "The plastic crises is everyone’s responsibility, since everyone is using PET in their everyday life", said Heike.

Every minute of every day at least one truck load of plastic waste enters our oceans. In order to end this tremendous onslaught of plastic waste, WWF has launched a worldwide petition where supporters can call on their governments to commit to working towards an international, legally binding treaty to put an end to marine plastic pollution.

After the publication of the campaign, a worldwide conversation had ignited over the extent of the plastic pollution in our oceans in over forty countries without any media spend. Following the PR story, a cross platform storytelling approach was rolled out. Digital assets, OOH posters with the 8000 word scientific manuscript, museum installations and much more are driving people to the petition that’s already generated hundreds of thousands of signatures.

Eurythenes plasticus is presented at the Smithsonian Institute in Washington DC, the ZFMK in Bonn, the Aquazoo Löbbecke Museum in Düsseldorf and the Museum Sinclair-Haus in Bad Homburg. It is also used in school lessons across all subjects. The website plasticus.school, which has been created especially for this purpose, contains all the necessary resources.

"Plasticus is an extraordinary idea, which impressively shows what can be done, when experts from science and communications work together across disciplines", said Andy Wyeth, ECD of BBDO Dusseldorf. The numerous campaign assets were created in close creative partnership with the Hamburg based production company Sehsucht and also BBDO’s very own production agency CraftWork.

How 16 Directors Served Up a Slice of Lockdown Realness for Dr. Oetker