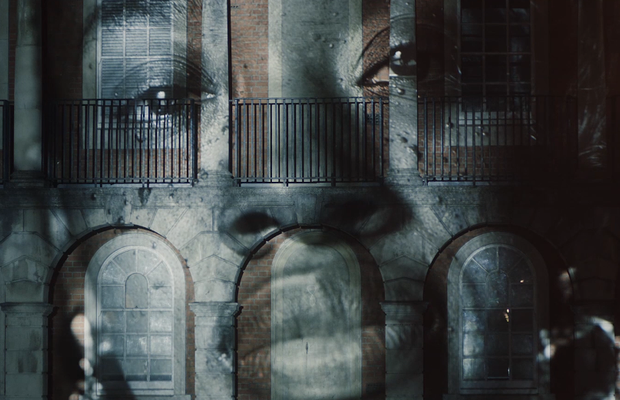 Housing charity Shelter today launches a new campaign, ‘Fight For Home’, created by Who Wot Why, which shows the unfiltered truth behind the national housing emergency.

The campaign was created on the back of new research from Shelter showing that 1 in 3 in Britain (34%) - some 17.5m people - are impacted by the housing emergency.

The ‘Fight for Home’ campaign centres on a film showing real people impacted by the housing emergency voicing their stories. It is directed by Independent Films’ director of Bafta-winning ‘Rocks’, Sarah Gavron and Anu Henriques, and set to a track written and composed by the award-winning rapper, singer and songwriter, Wretch 32.

Bold headlines will appear on outdoor, print and online ads, highlighting uncomfortable truths behind the emergency. The ads feature powerful black and white portraits of people affected by the crisis, shot by acclaimed photographer Tom Cockram.

The work breaks in England and Scotland on 26th May and runs for a month, with a second burst of activity planned for October. It will be delivered across TV, OOH, press, digital and social, and complemented by an integrated content partnership with VICE Media. All media was planned and bought by Yonder Media.

The campaign launches Shelter’s new brand identity, developed by WPP global brand agency Superunion, with the housing charity going back to the spirit of activism in which it was founded in the 1960s. Using the visual language of protest, the new logo - visualised by a red arrow and created from red brush strokes - combines the iconic shape of a roof with a positive upwards arrow: an urgent symbol that invites participation and demands change. The charity’s purpose was developed by WPP’s The Sustainability Practice at Ogilvy.

With this new brand and campaign, Shelter is calling on the public to join its Fight for Home and stand up against the injustice in Britain’s housing system. The idea behind the work is to move away from generic charity advertising tropes and to instil a sense of urgency and fight. The campaign’s rallying cry, ‘Fight for Home’, aims to cut through the apathy and get people to come together to fight for a solution.

Willow Williams, Head of Marketing at Shelter, said: “The housing emergency has escalated to staggering levels, impacting the lives of one in three of us. Meanwhile, the global health crisis has made things a whole lot worse. This situation demanded an urgent and unflinching campaign to inspire everyone to join Shelter in the fight for home.”

Sean Thompson, ECD and founder of Who Wot Why, said: “With one in three impacted by the housing emergency, this isn’t just about street homelessness; it’s about people and families up and down the country who don’t have somewhere safe to sleep, and who are moving from sofa to sofa, trapped in often dangerous temporary accommodation, often cutting back on food to pay their housing costs, or living in fear of being evicted.

We uncovered the raw truths from conversations with the people who use Shelter’s services and translated this into provocative OOH and a powerful track to force the message home. The results are grounded in lived experience and empathy from the heart of this complex, yet often hidden issue.”

Ed Cox, founder of Yonder Media, added: “The audience experience of this work has been designed to create the sense of a grass roots movement. We’re launching Shelter’s rallying cry with bold, impactful formats, and sparking conversations among different communities to convert belief in the cause into tangible participation and support.”

Adrian Burton, creative partner at Superunion, said: “Everyone has the right to a safe home and the new Shelter brand will make sure that everyone knows this. We want to inspire people to join the fight and let anyone facing housing problems know that Shelter is on their side, protecting their human right to a safe home. The new symbol embodies 50 years of campaigning and a never-give-up attitude. It’s a symbol that people can recreate, make at home, share and ultimately, take to the streets.”

Brand purpose and Identity: Superunion and The Sustainability Practice at Ogilvy

More from Who Wot Why

Who Wot Why Expands Creative Department with Four New Hires