"Meat This Good is Worth Respecting": Special Group launches campaign that suggests a five-minute rest before eating 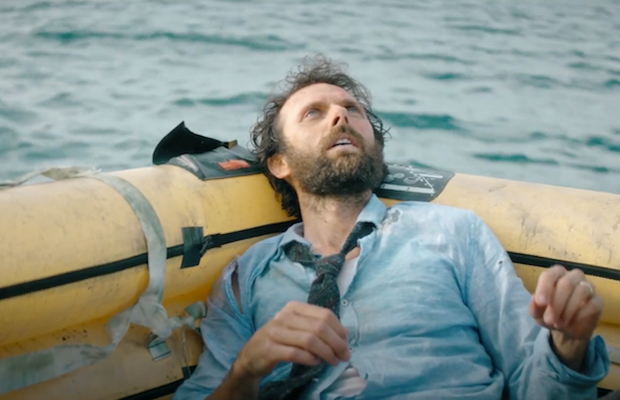 With mainstream New Zealand gradually moving from the dinnertime staple of meat and three veg towards flexitarianism, the nation’s red meat consumption has been in steady decline. Rather than spelling the end of steaks, this has seen red meat become more of a considered purchase instead of something that’s mindlessly thrown into the supermarket trolley.

The growth of free range and the long queues at the butchers pointed to one thing: people increasingly want meat worth respecting – something that every cut of Silver Fern Farms lamb, beef and venison has in spades.

To relaunch the brand in New Zealand, Silver Fern Farms has released an epic saga which follows Charles, a starving businessman, who finds himself adrift at sea and dreaming of the perfect steak. Feeling his hunger and longing throughout the film, you really feel his pain when he’s served a plate of perfectly cooked steak and then has to wait five minutes before eating it.

Shot by internationally acclaimed director, Adam Stevens, this is the first of several films to be released over the next 12 months and begins the story of ‘meat worth respecting’. The campaign will be seen across TV, online video, social media and outdoor.

Nicola Johnston, group marketing manager at Silver Fern Farms, said: “Building on our existing brand platform, ‘Delicious starts here’, this campaign helps reinforce our premium meat credentials as part of our quest to become New Zealand’s most loved meat brand. At Silver Fern Farms, so much effort, care and expertise go into bringing a delicious, quality product to the plate, that we believe it’s worth the wait.”