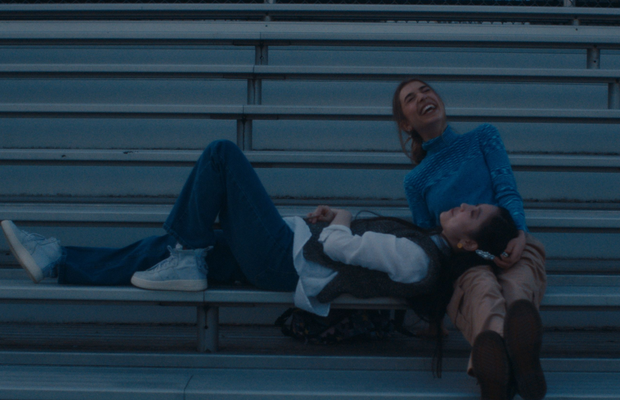 The song is a pop-leaning, coming-of-age story about heartbreak; the kind that comes from being a lovesick teenager in less welcoming times. The theme of loneliness is vivid in the film, as it follows two high school students (played by real high school students Carolyn Yu and Cassidy Foley) as they explore burgeoning feelings, and self-reflective questions, echoing the lyrics of Isabel’s track. The video was funded in part by the MVP Project, a joint initiative of RBCxMusic and the Prism Prize (administered by the Academy of Canadian Cinema & Television).

Produced by Shelby Manton of Boldly and directed by Tamara Black, the hope of the film is to convey the nuance of 'first love' through intimate moments with our characters as they experience their last year of high school together – classes, weekends, hallways, friendship, prom and everything in between. Breagh Isabel's lyrics beautifully express the longing these characters encapsulate - the desire to explore uncharted feelings with someone who you see as more than just a friend, layered with the uncertainty of committing to these emotions. This internal conflict manifests differently in each character and ultimately takes them on the journey that is adolescence, with each high and low feeling almost unbearably potent.

Thanks to cinematographer, Jaryl Lim, and an outstanding cast and crew, the end result is a tasteful, colourful and relatable story of teen longing and desire. Filmed over a weekend in Vancouver, the shoot itself was one of collaboration, respect, and great vibes among the close-knit production family involved.