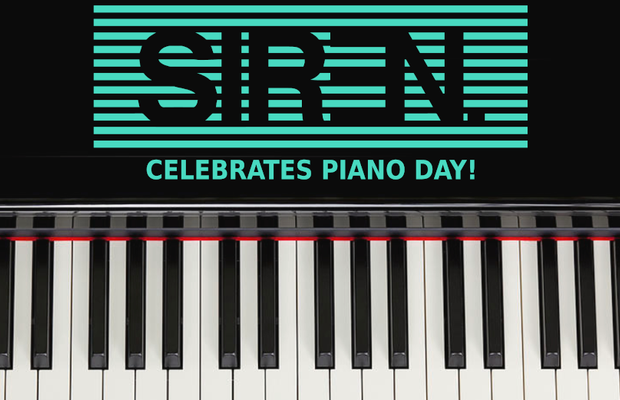 Today, SIREN celebrates Piano Day. But what is it I hear you cry?!

Piano Day is celebrated on the 29th March each year, the 88th day of the year, as a Piano standardly has 88 keys. (BUT on a leap year it's celebrated one day earlier on the 28th!)

Warning: The following information is potentially quite dry, however with pubs opening soon, you might thank us after winning your first non-zoom quiz of the year! (Assuming the round is solely about the history of the piano.)

Before the piano started to be invented around the year 1700, the Harpsichord was one of most popular instruments for composers to use. The harpsichord had been around since the 16th century, and in a lot of the ways is extremely similar to a piano. Both instruments use the same keyboard layout separating sharps and flats from natural tones, have a similar general shape and use strings to create various pitches.

But where they differ is how they sound their strings. The harpsichord uses a mechanism that plucks the string, creating a very sharp, bright and percussive sound. However, around 1700, Bartolomeo Cristofori (1655 - 1731) found himself unsatisfied by the lack of control that the harpsichord offered in terms of volume and dynamics, and is credited with the brilliant idea of switching out the plucking mechanism with a hammer. This alteration now allowed the player to hit the strings with different velocities and thus make a wider range of sonic textures. This early version of what would eventually come to be known as the Piano, was named the Fortepiano.

Both the Fortepiano and the Harpsichord had 60 keys, but composers gradually began to compose pieces that required a larger range, and so to meet this demand Steinway created the 88 key piano in the 1880s, which offered a 7-octave range. 88 keys has now become the standard for a full-range piano, however there are now specialist models that go way beyond this all the way up to 108 keys!

And so there you have it! The story of how the piano came to be, and why we celebrate the instrument on the 29th March (or 28th March on a leap year - remember to watch out for that one now!)

If reading this has put you in the mood to kick back and listen to some of that full range goodness, check out our Spotify playlist of some of our favourite tracks featuring the piano below.