Shot by PRETTYBIRD's Sophie Muller in empty London music venues, the video raises awareness of the lack of support for the live events industry during the Covid-19 pandemic 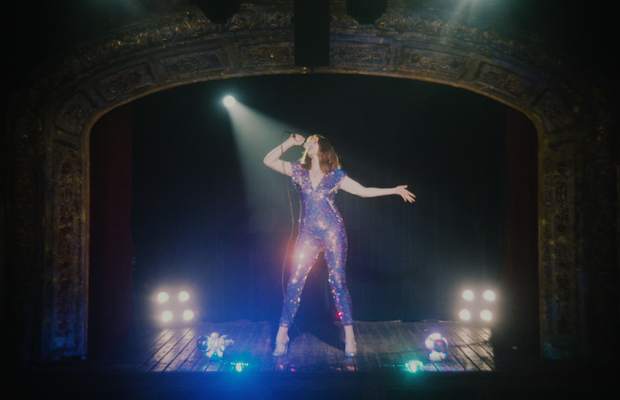 Sophie Muller directs Sophie Ellis-Bextor in the video for her recent single ‘Crying at the Discotheque’ which was filmed in empty venues across London to raise awareness of #WeMakeEvents and the lack of support for the live events industry during the Covid-19 pandemic.

Taken from her upcoming new album ‘Songs from the Kitchen Disco’, Sophie Ellis Bextor’s Greatest Hits, Sophie’s recent single is a sparkling Studio 54 take on Alcazar’s 1990’s hit, The video, created by long-term collaborator Sophie Muller, was filmed recently in empty venues across London and sees Sophie ‘Crying in the ‘empty’ Discotheques’ to raise awareness of the #WeMakeEvents initiative and the lack of support for the live events industry due to Covid-19. The venues included are Bush Hall, Apollo Theatre, St Moritz, Clapham Grand, Heaven, Omeara and The O2.

The Production Company was PRETTYBIRD UK who represent Sophie Muller, and the video was exec produced by PRETTYBIRD UK co-founder Juliette Larthe and produced by Chris Murdoch. Director of photography Robbie Ryan filmed in the empty venues with drone operator Ben Hoy-Slot. The music video was shot in seven different locations in one day. During this scary time for so many people in the music industry, this music video supports https://www.wemakeevents.com to find out how you can support the events industry right now.

Sophie Ellis-Bextor commented: “The song crying at the discotheque would usually want a video recorded in- you guessed it – a disco or club – but I have been thinking so much recently about all my musician and crew friends who can’t work at the moment and I thought a video where I film in as many empty London venues as possible would highlight all that’s on hold right now. I worked again with my favourite director Sophie Muller and we did all seven venues in one day. It was strangely moving performing in those places to no crowd when I’d sang in them previously so full of life. I hope it brings home the gap in our culture at the moment – it’s a scary time for so many people in my industry.”

PRETTYBIRD UK co-founder and executive producer Juliette Larthe commented: “It was a bitter sweet experience shooting the Sophie Ellis-Bextor music video with Sophie Muller, which was filmed in some of the most iconic venues in London. Sadly the last time Sophie Ellis-Bextor performed in those venues she played to crowded auditoriums and theatres, but this time round she sang to an empty arena to highlight the devastating impact the Covid-19 pandemic is having on  our musical culture, our nightlife industry and all the musicians, technicians, crew and people who make our music industry tick. It was strangely moving for Sophie performing in those places to no crowd, when she sang in them previously so full of life. The film visually encapsulates the aching chasm of love and life in live performances.”