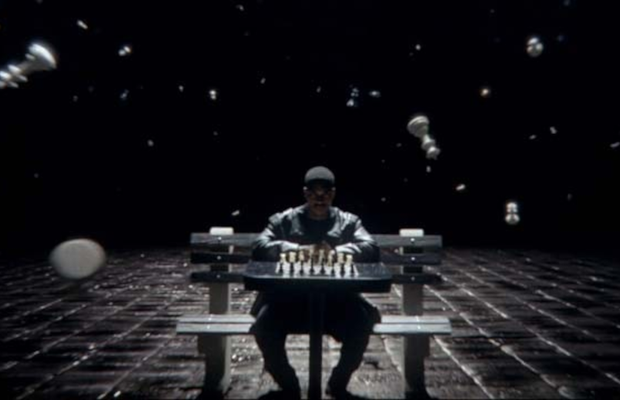 At SoStereo, the team pride its selves on being the music for advertising team that matches ‘real artists making real music with brands that want to be remembered,’ and it has announced that its collaboration with Droga5 for Hennessy’s 'Maurice and the Black Bear School' has been shortlisted on Little Black Book’s The Immortal Awards List.

The Immortal Awards is a global, free-to-enter advertising award for all of Little Black Book’s members. Celebrating creativity from all over the world, Little Black Book has been hailed ‘THE communications business for the communications world,’ while it’s jury is made up of some of the world’s best creatives. It’s member list consists of the world’s most creative companies and advertising agencies from DDB, McCann, FCB, Leo Burnett, Grey, TBWA, BBDO, Droga5 and more, while being viewed by approximately 350,000 people a month globally. Launched in 2018 as a modern award for the new world of advertising, The Immortal Awards is simply about celebrating the best creative work in the world.

“We are thrilled to have worked with Droga5 x Hennessy for “Maurice and the Black Bear School,” said Abbie May, our vice president of marketing. The commercial has already won six awards at the 2020/2021 Clio Awards including a Clio for Sound Design and a Clio for Music in Film. Honouring excellence in advertising, the Clio Awards celebrates bold and revolutionary work pushing the industry forward. “Being named in such incredible company, alongside the likes of BBDO, McCann, Mullen Lowe and TBWA\Chiat\Day (and others) is an honour,” says Abbie. Additionally, “Maurice and the Black Bear School” took home six awards at the D&AD Awards 2021 including Sound Design and Use of Music.

By unlocking the marketing power of music, SoStereo’s mission is to share the power of real music by real artists with other creative professionals, and to make it affordable and available on demand.

This segment of Hennessy’s Wild Rabbit campaign features Maurice Ashley, the world’s first Black chess grandmaster. The film explores Ashley’s journey from rookie to grandmaster, and the skills he honed in the Black Bear School of Chess.

“Droga5 and SoStereo are a match made in heaven,” adds co-founder Beto Azout. “Droga5 trusted SoStereo to not only find the sounds that match a brief, but the emotions that complement a campaign.” Droga5 was “Adweek” and “Ad Age’s” Agency of the Decade in 2020.

Number one on the 2021 “Ad Age” Agency A-List, Droga5 wanted to capture a moment for Hennessy’s Wild Rabbit Campaign and the sounds of 90’s Brooklyn. Boomboxes echoing sounds of soul, funk, jazz, classical, and the hip hop that sampled them all. Kids playing in the park, cabs honking, bodega doors chiming, leaves crunching, and the rough scratch of a chess piece being dragged across the board.

Instead of the usual selection of one song for a commercial, Droga5 went ahead and selected three SoStereo artists to create the world of this story.

Philadelphia based rapper/singer Ivy Sole set the vibe with her gritty 'Lovely Fiction', Greek artist Mister T. brought the throwback flavour with his infectious 'Sibling', and Copenhagen based Sweatshop funks us up with their bouncy record “DRUG.”

For more information about Little Black Book’s The Immortal Awards:

SoStereo Launches 'What About The Music' Podcast