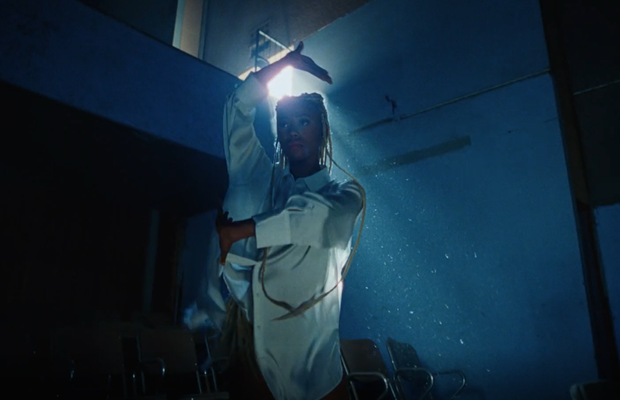 Unleash the Sounds is a visual and sonic collaboration between the words of South African poet Koleka and dancer, Chealsea Samuels, who evokes traditional movements creating a visceral fug of expression to electric beats.

This is a campaign for Spotify premium, both with TVC and a longer online film. The work comes from agency TBWA\Hunt|Lascaris out of Johannesburg. Clients from around the world, but mainly Dubai office.

The dance film was shot predominantly on 35mm + 16mm film. This film is a love-letter to movement and the rich history of dance culture and music of South Africa. Set against the slightly surreal backdrop of a gritty and textured Johannesburg, it follows the journey of Chelsea, who expresses the eclectic dance styles of South Africa, inspired by the spoken word poem of Koleka. Ultimately, this is the story of resistance in the form of dance and the celebration of movement and freedom of expression.

Spotify Premium is the top tier of the streaming service, which gives you all access without any ads.

From director Fausto Becatti: “This was shot in downtown Johannesburg, right in the middle of the 3rd wave of the pandemic. Everything was stacked against us, it was a really tough shoot, but the excitement about what we were capturing is what pushed us through to the other side.

"Creating the track, to include such a beautifully dense poem filled with cultural touchpoints, was a real challenge. Trying to not make it too eclectic or schizophrenic, but still enough of an homage to older sounds and newer sounds. Capturing the soundscape, building the dance route and choreography, and then finally integrating the camera language and movement into that is what took so much effort. That trio of elements come together in the backdrop of these epic locations to carry the feeling of the film.

"Finding and working with Chelsea Samuels, the incredible dancer, was a real treat. She brings so much on-screen, and she brought even more. Always giving of herself, always pushing to make it better, and more infused with her soul.”

"In the beginning she emerges from a dark dream, awakening her spirit. We then find her in the place where she learned to dance with the kids from her hood and her youth, a raw and organic reality of how she learned how to dance. She screams and breaks out into the second part of the higher energy edit, moving to lighter and more freeing locations."

"Ultimately, this is the story of resistance in the form of dance and the celebration of movement and freedom of expression."

“I really wanted to make a film that felt truly and uniquely South African, for a very global brand. We looked at the history of South African music and dance, and incorporated it into the poem, the music, and the dance. I wanted to take people on a ride, and part of that was finding the charismatic and deeply watchable Chelsea.

"I watched lots of dance films, but tried to make this my own, trying to get personality and character across in an original, but still gritty and authentic way.”