Special K Celebrates Australian Women Footballers on and off the Pitch 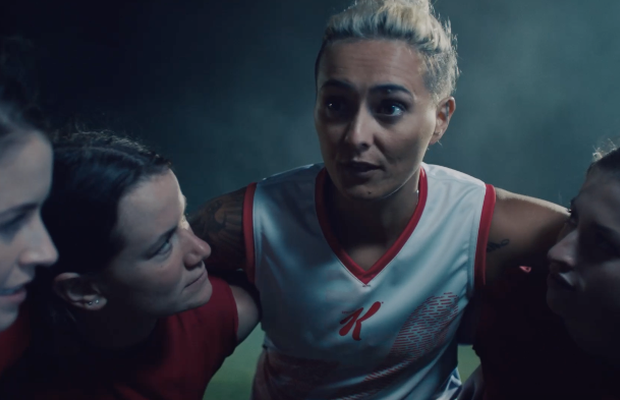 Special K has launched a new campaign in partnership with the AFL Women’s League to drive the rise of female athletes everywhere. As one of the founding sponsors of AFL Women’s League, Special K celebrates the inspiring stories of AFLW athletes as they navigate life, work and professional sport.

Created by Wunderman Thompson in collaboration with female director Suzanne Kim, the 15” and 60” spots capture the lives of four professional AFL women’s players both on and off the field; Moana Hope, Darcy Vescio, Chloe Malloy and Monique Conti.

Tamara Howe, marketing and corporate affairs director at Kellogg ANZ explains: “Special K is a proud founding sponsor of the AFL Women’s League and we wanted to do more to tell the stories of these dedicated athletes and fantastic role models that is relatable to all people.”

Simon Langley, national chief creative officer at Wunderman Thompson explains: “To follow their dreams of playing AFL, these women have to work tremendously hard; from when they begin playing as kids to the challenges faced playing professionally. It’s been a privilege working with the Kellogg’s team and the AFL to help tell the stories of these women.”

Darcy Vescio plays for Carlton Football Club while working as a freelance graphic designer. Moana Hope was signed by Collingwood and North Melbourne while caring full-time for her sister Vinny, juggling media commitments and running her own business.

Monique Conti is a dual-sport representative, playing for both ALFW’s Western Bulldogs and the Women’s National Basketball League’s Melbourne Boomers while studying a Bachelor of Business. Winner of the AFLW Rising Star Award and Chloe Malloy plays for Collingwood Football Club and studies a Bachelor of Sports Media, while also completing four internships.

The ‘Rise with Us’ campaign builds on Special K’s #poweringyou platform, launched in time for the AFLW league kick off on February 7th 2020 and runs across TV and digital.