Spotify Asks 'What Does Music Taste Like?' with Flavour of Songs Algorithm 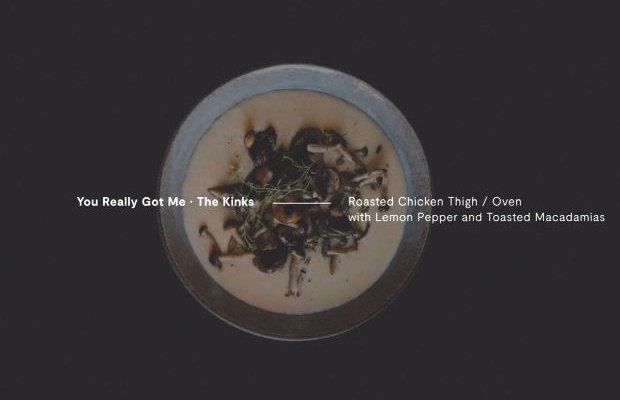 Ever wondered what music tastes like?  J. Walter Thompson Brazil and Spotify are exploring this question by launching a new campaign called the ‘Flavor of Songs’ for Brazilian cookware brand Tramontina. The project is driven by an algorithm that can turn any song from the Spotify platform into a different recipe – and which is capable of generating 44 million possible gastronomic combinations. The concept is based on synesthesia, the phenomenon where the stimulation of one sensory or cognitive pathway leads to a similar experience in a second sensory or cognitive pathway. One sense involuntarily influences the other. In this case, sound informs taste.
The Flavor of Songs is the culmination of a six-month long study, where Tramontina, Spotify and J. Walter Thompson Brazil brought together neuroscientist Dr. Marcelo Costa, head of the Neuroscience Department at the University of São Paulo, conductor João Rocha from the University of Kentucky, and Renato Carioni, chef and coach of team Brazil in the Bocuse D'or, to give flavor to songs and create a dish for each of them.
With the aim of using innovation and pop culture to inspire people to cook more – showing that stainless steel is much more than just pots and pans.
How does it work?
The six-month process started with neuroscientist Dr. Marcelo Costa and conductor João Rocha. They used the principle of synesthesia to classify the millions of songs available in Spotify’s database. "If you consider a samba school with its various instruments, that really dense part in terms of sound, you can relate that to dense food," explains João. Thus, Spotify’s parameters became ingredients; dance music was associated with temperature; energy as density/texture; positivity became bitterness/acidity, and musical notes became harmonisation.
Based on these parameters, Chef Renato Carioni classified all the main culinary ingredients by assigning notes to each one of them. "If a song is not at all positive, its taste is bitter," says Renato.
This entire database was put together and originated an artificial intelligence that has the same technology used in financial systems, to "match" Spotify's classification parameters and the different combinations of ingredients cataloged by Renato. Thus, it was possible to come up with the different dishes. Beethoven's Symphony No. 5 in C Minor, for example, became a foie gras terrine with salmon caviar and cold barley.
"Our brief was from Tramontina was to appeal to a younger and more techy audience and get them excited by its stainless-steel line of products. We didn’t shy away from a technologically complex route, which has resulted in a project that appeals to all senses.” says Rodrigo Da Matta, ECD at J. Walter Thompson Brazil.
The campaign is featured on Spotify, via display banners and audio spots, always with a simple message: if this song had a flavor, what would be? And via a website which gives not only the gastronomic match for for each song, but also the ingredients, the cookware and the entire recipe, divided in simple and clear steps, so that the user can cook it at home. All that users have to do is log in with their Spotify account, type the name of the song or artist they want to discover the flavor, choose the track and see the result.
Breathing a new life into a 100-year-old cookware brand.

Soundtrack: Apollo 9 and equipe A9