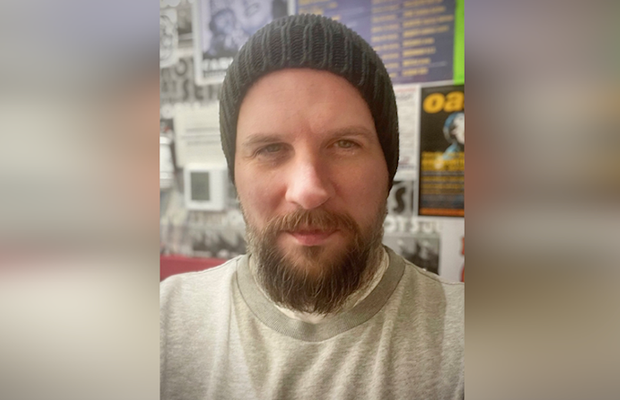 Stone Dogs has announced the signing of Rich Hawkins as senior producer. Having most recently worked at The Mill, and before that Envy and Rushes, Rich has a wealth of post-production experience working on high end campaigns for global brands. The team caught up with Rich to talk about the new opportunity...

Why did you decide to make the move to Stone Dogs?

I was originally booked in to work with Stone Dogs for a week's holiday cover; but things went well and the guys were busy so a week's freelancing turned into six months! I'd really enjoyed working with Stone Dogs so when Bri and Dave then offered me the full time position at the beginning of this year, it was an easy decision.

What is it about the team there that clicks for you?

I've known the guys for some time as I worked with them previously when I was at Rushes. I'm therefore very aware of their talents and abilities so I'm delighted that they see me as being part of their team.

I wanted to work in the special effects / VFX industry from a young age but had no idea where or how to start. It was only through a chance meeting that I managed to get my first job as a runner at a company called Tele-cine Ltd. I was only there for a few weeks before I moved over the road to Tele-Cine's sister company, XTV Ltd who were also a post production company but more focused towards online, design and CG.

Where did you learn your craft (film school? APA? Mentored as a runner? Self taught?

I've learnt everything mainly 'on the job' but I did complete the APA course some years after starting in the industry and have more recently taken some time out to complete the advanced compositing course at Escape studios.

Before doing what you do now, did you work in any other field / have any different career path?

After picking completely the wrong A-Levels, I dropped out of college and worked at my Dad's dry cleaners in East London for a couple of years. I then got an apprenticeship with London Underground as a trainee signal engineer; which would have been a good solid career but I felt as though my whole life was set out in front of me so I decided to take a chance.

And which creative talents in your field have inspired you in your own career?

I've worked with a lot of talented people over the years and they continue to inspire me. Not just creatives and artists with the amazing work they produce but I'm also impressed by a person's knowledge of their subject or I learn from how a person may deal with a situation etc. Every day's a school day in this business!

Do you have any personal or side projects on the go? What is it, what inspired it and why is it important to you?

Not currently but as mentioned previously, I took some time out from producing a while back and studied compositing at Escape studios. It was something I'd always wanted to do and I thought if nothing else comes of it, it'll help in being a producer; and it has. I'm really enjoying producing now but I intend to continue with the compositing as well.

Since lockdown have you been watching old films or devouring any new series?

I'm a bit of a star wars geek so I'm having slight withdrawal symptoms from 'The Mandalorian' at the moment. Not only did I think season two was fantastic but it ignited my daughter's interest in star wars too! I was pretty chuffed when 'Santa' delivered a baby Yoda toy to my daughter for Christmas. My daughter is also at the right age to enjoy the Marvel films now, so we have started to watch them all in timeline order. We've got a fair few to get through still but it will certainly help cover some hours during lockdown.

Outside of work, what are you passionate about?

I've always been interested in interior and garden design and my recent house move, coupled with lockdown has allowed me to indulge myself quite a bit this past year. I also help run a music recording / rehearsal studio and play in a band so I'm looking forward to getting back in to that after lockdown.

The Art Of Repurposing