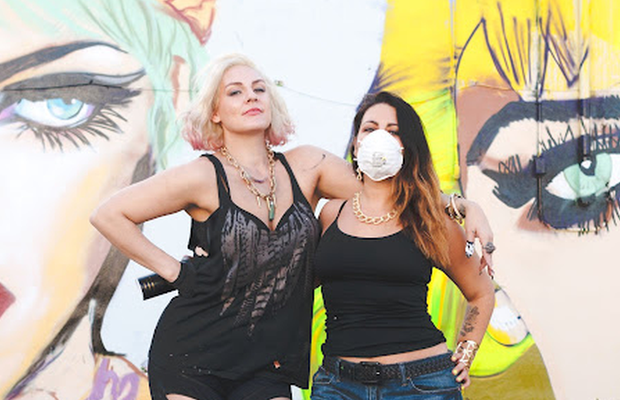 Punctuated by historical anecdotes from pioneering artists Lady Pink, Claw Money, Nina Pandolfo, Swoon, Lady Aiko, iconic graffiti photographer Martha Cooper, and others, Street Heroines is the first-of-its-kind documentary to capture the collective outcry of female street artists from around the world, shining a light on their mission for creative expression and their endeavors overcome sexism through art. A bastion of female empowerment, Street Heroines gives visibility to fearless artists who create their own opportunities in the name of women’s rights, gender, and economic equality, increased accessibility to the arts, and the celebration of cultural identity.

Director Alexandra Henry is a multilingual director with over 13 years of international experience in film and branded entertainment. She has been selected for SHOOT Magazine's lauded New Directors Showcase and was named a finalist for the STARZ & The Wrap Women’s ‘Telling Our Stories’ film contest, demonstrating her passion for art, music, and languages through photography. The majority-female Street Heroines filmmaking team includes Producer Jordan Noël Hawkes and Executive Producer Zahra Sherzad and is presented in partnership with Some Serious Business and with support from New York Foundation for the Arts.