Strength and Clarity: How To Ensure Your Creativity Is Fighting Fit

As part of an ongoing interview series, Five by Five’s UK creative directors Ravi Beeharry and Andy Mancuso reflect on how the agency’s values of strength and clarity are built into their creative approach 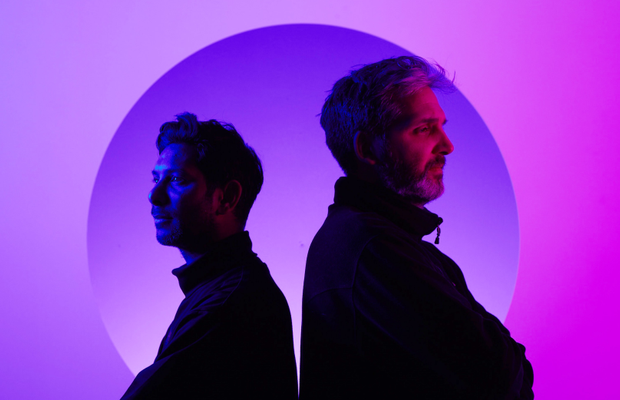 Today, the communications landscape is more cluttered and competitive than it has ever been before. For brands, carving out a space against that backdrop can be an uphill battle.
Global independent creative and production agency, Five by Five, has developed a strategy to instill an internal culture which prioritises people and communication. Whilst there’s no one-size-fits-all solution, there is a set of guiding principles that the agency applies to every facet of what it does. Namely, Five by Five identifies strength and clarity as the two keys to effective brands and communication.
Over the course of this series of interviews, we’ll find out how Five by Five integrates the ‘strength and clarity’ philosophy into everything it does. Today, we speak to the company’s UK creative directors, Ravi Beeharry and Andy Mancuso.
The duo have built up a formidable portfolio of experience across the industry, having worked at agencies such as Hakuhodo and VCCP, and alongside clients such as O2 and Amazon. Here, the pair reflect on how strength and clarity can be vital ingredients in any creative strategy.

Q> Hi, Ravi and Andy! First things first: In the context of our industry, what does ‘strength’ mean to you?

Andy> Hello! For me, strength is about knowing your own mind. It’s a kind of inner confidence you get from knowing what the client needs, and having a strong knowledge of the market. Knowledge is power, after all. And then from a client’s perspective, it’s about having a strong brand identity.
Ravi> It’s also, from our own point of view, about the kind of agency we want to build and the kind of people we want to work with - the mantra we want to live by. It’s about having a purpose which is a clear and defined direction. As a result, it’s something that bleeds through the agency, from the work we do to the way we manage.

Q> And as creative directors, is it your job to instill that in your team?

Ravi> Yes, absolutely no question. And that starts by looking at yourself - because if you don’t have a strong and clear belief in what you're doing, how can you expect that to trickle down into your team? You need to have conviction, which I think requires both strength and clarity.
Andy> I guess we’re shepherds at the end of the day, we’re guiding a team and our choices will affect the people here. So we have to be strong and clear in leading that team, hopefully giving them the belief and confidence in us that they buy into the same philosophy.

Q> So what’s the link, as you see it, between strength and clarity?

Andy> I think they can work as a kind of yin and yang combo. So you need strength in recognising the client’s needs and selling your ideas to them, but you need clarity to map out, from a practical standpoint, how you need everything to tie together.
Ravi> Yeah, it’s never a case of one superseding the other. They work in tandem. Sometimes you need strength in order to get clarity on something, and at other times you need clarity in order to give you a sense of strength. They’re a package deal, I would say.
Andy> Advertising is stronger when it’s clearer.

Q> I’d like to drill down a bit into what ‘clarity’ means. Does it refer to simple ideas, which can be clearly and easily understood?

Ravi> Simplicity is part of it, for sure. You can never have enough simplicity in this industry. Internally, we always want to be clear and simple in the feedback we give to our teams because they need to know which way to go. So yeah, clarity can simplify things and make them easier to follow.
Andy> And then in the work we do, the idea is always King. And those ideas which are simplest will stand out the most clearly. We’ve worked on a number of ideas which have been a case of peeling back layers, until you end up with the simplest idea and the simplest message.

Q> Is there an example of some work from outside Five by Five which you think exemplifies those two values?

Ravi> One example of a brand which has really showcased its strength and clarity during the pandemic has been KFC. Everyone and their dog knows that KFC’s slogan is ‘Finger Lickin’ Good’, but they had the strength and sense of self to know that it wasn’t fit for purpose during a pandemic. Some brands might have just buried it, or tried to hide from it in some way. But they made something of it. They put it out there to tell people to take more care and they tapped into the public mood expertly.
Above: KFC put a halt to its iconic ‘Finger Lickin’ Good’ slogan throughout the pandemic.
Andy> I’m going to go for Dove and the way it changed the conversation around beauty. I felt that Dove had the conviction and strength to empower women rather than constantly telling them to be something different to what they were. I think you see Dove’s DNA in campaigns like ‘This Girl Can’ and more modern stuff like that.
It took strength because Dove could probably have gotten away, still making a fair bit of money, by just continuing the same messages the rest of the industry was putting out. But they leaned into a really strong, clear, and authentic message that absolutely touched a nerve with millions of people. It’s crazy to think that ad first came out nearly 20 years ago and you still see its influence so clearly today.
Above: The beauty brand Dove broke with expectations in the beauty industry in order to empower its customers.

Q> So we’ve been talking about different ingredients that go into strength and clarity, such as simplicity and conviction. Given the Dove example, could we not say that ‘truth’ is another one?

Andy> I think so, yes. It takes strength and confidence to cut through marketing clichés and say something true. And I think, in today’s environment, the more truthful brands are, the more liked and successful they will be.
Ravi> One other point on that is that the truth doesn’t always have to be related to ‘purpose’ or making the world a better place in some way. The truth can just be that Coca-Cola wants to sell me a fizzy drink. That’s fine, I’m fine with that! Just be honest and clear about it.
Above: More of Dove's game-changing campaigns.

Q> Finally, what do you think the risks are for the marketers who do not tick at least one of those two boxes?

Andy> Well if you don’t have strength or clarity you will fail to stand out. You become vanilla at best, and landfill at worst. If the idea isn’t strong or clear enough, it’s just another bland bit of wallpaper, which totally defeats the purpose of marketing in the first place.
Ravi> I think you also miss out on a kind of creative momentum when you’re not strong or clear. So for example, if you do have a campaign which goes brilliantly well at one point but you don’t have that clear sense of who you are and the direction you’re facing, it can go to waste. There are loads of brands that simply come and go - and the truth is no brand is invincible.
Ensuring you’ve got strength and clarity built into your philosophy is the best way of ensuring that your brand is built to last.