Brand launches Sun-Maid Board of Imagination, an initiative teaming kids ages 6 to 12 with the company’s staff 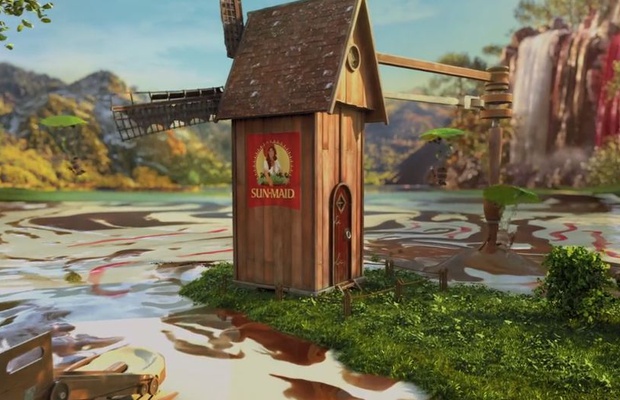 When you were a kid, did you ever imagine what it would be like to run the chocolate factory? That little bit of nostalgia (and perhaps wishful thinking) is exactly the inspiration behind quench’s latest initiative for Sun-Maid Raisins.

Harry Overly, Sun-Maid’s president and CEO, is in the process of pushing the iconic dried-fruit company to be more than just fruit; he’s building a snack company where deliciousness and better-for-you ingredients composed of whole fruit go hand in hand. To aid in this quest, Sun-Maid needs the most creative brains for the storming of new ideas; the type of minds that could conjure up treats and build a culture that would appeal to his target consumers. Now, where to find those brains? Kids, or course.

Knowing this, the team got to thinking. Why not put a few of these minds together? And then, why not put them to work with the adults of Sun-Maid to remind them what a little childlike creativity and wonder feels like. After all, who better to reimagine snacking for Sun-Maid than its snackers?

With that, the Sun-Maid Board of Imagination was born, an initiative teaming kids ages 6 to 12 with the company’s staff.

The Board of Imagination backs up a new, larger brand effort, titled 'Imagine That', to position the brand as one that sees limitless possibilities through imagination. The campaign launch, which includes work across traditional, digital, in-store and social media platforms features “a world of amazing snacks,” where trains of wooden crates carry watermelon slices and other fruit to playful and wonderous snack-making machines, all against a backdrop of mountains of birthday cake, as waterfalls of chocolate yogurt under leaf-suspended gliders deposit raisins into mixers, blending ingredients into snacks. While the Board of Imagination coincides with the launch of the new work, it isn’t just a promotion for this campaign. Overly, who holds the newly minted title of Chief Innovation Wrangler, wants to start an imagination-fueled movement within the walls of Sun-Maid. The Board of Imagination was designed to do just that¬—take the spirit of creativity found in children and instill it in the entire organization.

The newly positioned board members, all between the ages of 6 to 12, will participate in real brainstorming sessions. Over the course of their one-year tenure, they will answer questions pertaining to packaging, react to brand initiatives, influence culture, and of course, taste lots and lots of snacks—all typical board member stuff. They will also be compensated for their time and hard work. Each board member will receive $5,000 to fund their 529 and another $5,000 for their school, along with a year’s supply of Sun-Maid snacks. Members were selected from online applications (more than 1,300 were received and reviewed by the quench and Sun-Maid teams—about 260% more applicants than anticipated) and will take part in several meetings as a large group and individually over the course of the next year. The first order of business when they meet on April 14? To officially vote on and declare the company's first “Imagination Day,” a day where Sun-Maid’s entire staff will be encouraged to take part in activities that enrich their thinking and enhance their creativity.

“These six kids represent the purest form of imagination,” said Overly. “They have big ideas, a lot of energy and open minds—all extremely important to Sun-Maid as we continue to innovate in the snacking category.” Indeed, the board will go a long way in proving year after year what the Sun-Maid brand can and will stand for. Who would have guessed all it would take is putting on the thinking cap of a 9-year-old?