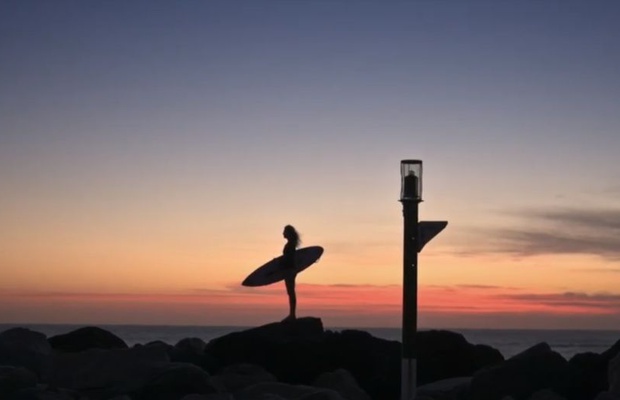 In honour of First Nations people, Surfing Australia has launched a short film during Reconciliation Week explaining the Indigenous meaning of the Irukandji name and design for the Australian Surfing Team, soon heading to the Olympic Games. The cinematic shots of 7-time World Champion Stephanie Gilmore, combined with the equally soulful footage of Yirrganydji Traditional Owner Gavin Singleton and his community, visualise the spiritual connection both surfers and First Nations people share with the ocean – known as ‘Sea Country’.

BWM dentsu executive creative director Marcus Tesoriero says: “We all have a role to play in reconciliation. No matter how big or small that role is, you just have to do something. In a land surrounded by Sea Country, we hope the attention our newly uniformed Irukandjis team get heading to the Olympic Games plays a role in spreading recognition and respect, driving us all to build deeper relationships with First Nations people.”

The film touches on the visual design collaboration between BWM dentsu and young Indigenous artist Jasmine Craciun. With Jasmine’s traditional line art and ripple effect concept overlayed with free-flowing tentacles, the designs become a true statement for the Australian team across uniforms, surfboards and accessories, transport, team jet skis and all of Surfing Australia’s internal assets.

Surfing Australia CEO Chris Mater says: “We thank Gavin and the Yirrganydji people for officially gifting us the Irukandji name. It means so much to the future of surfing in Australia. The designs BWM dentsu and Jasmine have created really bring that deeper connection to Indigenous culture to life. And that embedded respect for First Nations people now gives our athletes something much bigger to compete for on the world stage.”

On top of the Olympic team, Australian representatives across all surfing genres, including Junior, Open, Masters, Longboard, Big Wave, Stand Up Paddleboard (SUP), and Adaptive disciplines, will compete under The Irukandjis national identity and united colours at international events such as the Olympics, International Surfing Association (ISA), World Surfing Games, WSL World Juniors and Longboard Championships.