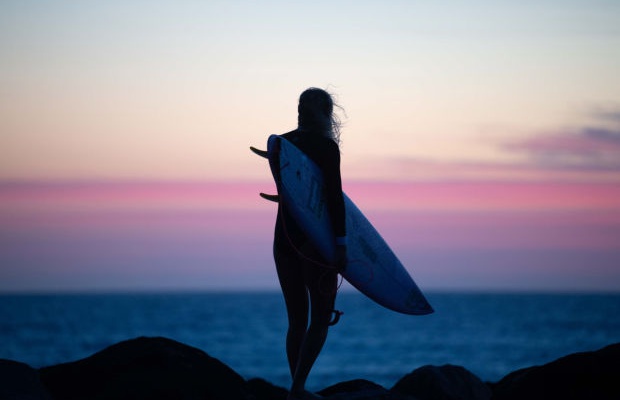 Avid photographer and seven-time world surfing champion Stephanie Gilmore stars in a new inspirational lifestyle campaign developed by Wunderman Thompson Sydney, aimed at getting both amateur and professional photographers and videographers out to capture their special moments with Nikon Australia.

Launched this week, the lifestyle series is spearheaded by a two-minute film which explores Gilmore’s relationship with water, home and music – and her creative outlet, photography.

Other elements include 60 and 30-second executions, plus 4×15-second Instagram stories, all urging budding photographers and videographers to ‘Capture Tomorrow’ with Nikon. The films give an exclusive insight into the training, motivation and creativity behind Steph’s craft. Filmed exclusively on the Nikon Z 6 and NIKKOR Lenses the content showcases the mirrorless cameras superior capabilities and surprising scalability on land, above water, underwater and from an aerial perspective.

Says John Young, general manager, marketing, Nikon: “As a Nikon brand ambassador, Steph is a fantastic representation of what our brand stands for. Not only is she an elite athlete who is fiercely committed to her craft and the pursuit of perfection, but she values the power of creativity. This campaign shows this balance in action, and we are proud to have her lead the campaign and inspire consumers to pursue their passion and share their stories.”

Says Simon Langley, chief creative officer, Wunderman Thompson: “Not surprisingly, the imagery captured by the Nikon Z 6 was absolutely stunning and documented Steph’s life, training and personal passions in a genuine and engaging way. We’re proud to partner Nikon on this campaign and hopefully encourage others to see the value in capturing all of life’s moments.”

The content campaign will be launched across various traditional and non-traditional platforms including Instagram, Facebook, YouTube, Display, Broadcast on Channel 9 in partnership with Surfing Australia where the long form will be housed on Nikon-owned channels including web and social.