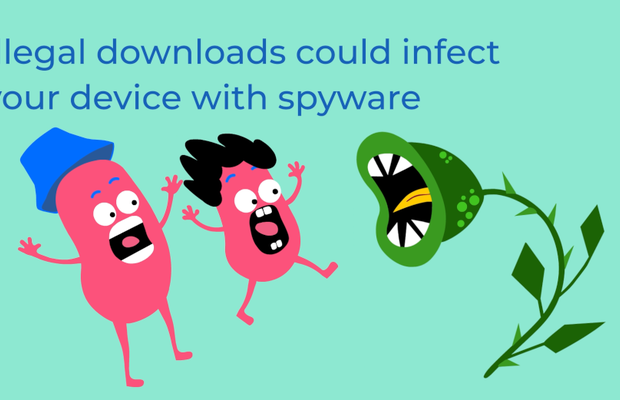 Digital Marketing Agency T19 and their client Internet Matters needed to develop a pan-European campaign that highlighted the risks associated with streaming and downloading pirated content. They invited LEAP to collaborate with them on character development, animation, and voiceover production. The project presented LEAP with three challenges: maximising audience appeal, tight turnaround times for production, and audio localisation.

The look and feel of the characters needed to resonate with a broad international audience. LEAP’s animation team developed cute, expressive bean-shaped characters and cell-style animation so that viewers of any age, gender or nationality could relate to and absorb the campaign messaging.

An animation project can often take twelve weeks, but LEAP found a way to condense the production process by using time zones to their advantage. The morning in California corresponds with the end of the UK working day, so LEAP’s producers could provide client feedback for their LA-based animator to complete each stage of work overnight from a UK perspective.

The final production challenge was to ensure that the voice-overs would maintain the same friendly, informative tone and delivery style across local markets as well as fit within the fixed duration of the master animation. LEAP’s production team worked with voiceover agency partners to organise remote connections for recording sessions which took place in local markets.

LEAP’s London-based creative director provided guidance to ensure cross-market brand consistency while in-market directors supported the voiceover artists in their native countries. This was particularly important for the transcreated Italian script which was longer than the German and English versions. The production team directed the voiceover artist to speak quickly and clearly while avoiding too much intensity, and everything came together perfectly.

The campaign was a great success – achieving more than 22 million impressions and a total reach of nearly eight million families in the UK, Germany and Italy. Campaign viewers reacted well with a 39% increase in legal streaming searches and a 44% reduction in searches for illegal streams.