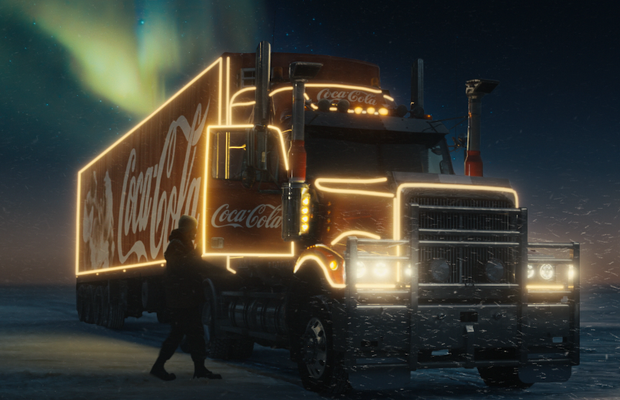 Coca-Cola has announced the launch of a new campaign and festive TV ad, which brings to life the thought: ‘This Christmas, give something only you can give’, - encouraging people to be truly present with one another.

Launching in December in Great Britain, the advert, directed by Oscar-winning filmmaker, Taika Waititi, and created by Wieden+Kennedy London, unwraps the magic of Christmas, in a hope-filled tale about a father’s unremitting love for his daughter and his journey to make her Christmas wish come true.

The film begins with the father preparing to leave home to go to work. As he is about to leave, his daughter hands him a carefully written letter to Santa, asking him to post it on his way. Busy at work, we see his realisation that he has forgotten to post the letter, and so his mission to ensure it is safely delivered to Santa ahead of Christmas begins. He sails across seas, scales sheer cliffs and wades through dense jungles before reaching the North Pole - but will he successfully deliver it into the hands of Santa Claus in time to make his daughter’s Christmas wish a reality?

Kris Robbens, marketing director, Coca-Cola Great Britain, said: “This year, the Christmas season is set to be more meaningful than ever before. As a company, Coca-Cola has been celebrating the festive season through our advertising since the 1920s, featuring uplifting messages of unity and joy. Our new advert reflects the real magic of Christmas - our greater appreciation for loved ones, a sense of community and our need to be present with each other this Christmas, above all else.”

Running alongside Coca-Cola’s iconic and loved Holiday Are Coming advert, the new campaign and TVC marks 100 years since Coca-Cola created its first festive association and builds on the brand’s heritage of iconic Christmas campaigns, that will once again see Santa play a crucial role in the festivity.

Airing in December in Great Britain, ‘The Letter’ will feature in 91 markets around the world.