Hrithik Roshan stars in the campaign from Contract Advertising, part of Wunderman Thompson 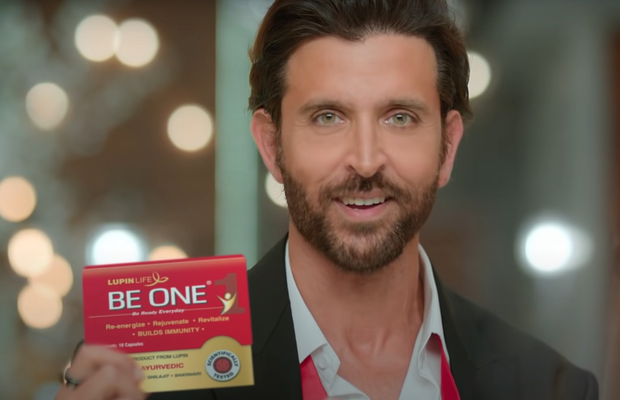 They say that the only competition that matters is the one that takes place within yourself. You need to be your better version every day to succeed and move ahead in life. This is the thought behind the #BanoKhudSeBehetar campaign launched for Lupin’s Be One 100% Ayurvedic Energy and Immunity capsules.

Conceptualised by Contract Advertising, a part of the Wunderman Thompson Group and member of the WPP network, the protagonist is depicted by none other than Hrithik Roshan who challenges his other self to not give up and be better in every task.

The campaign was launched in a very interesting manner, almost akin to a movie launch.

Social media started buzzing with comments and guesses on what kind of movie it would be and #BanoKhudSeBehetar became the trending hashtag on Twitter on 30th December 2021.

Finally, the film was launched on 21st January 2022 across social media channels and TV channels. You can view the film here:

Speaking on this, Anil Kaushal, head OTC business, Lupin, said: “In today’s highly demanding times, a product like Be One is only increasing in relevance. The consumer today, is looking to constantly better themselves and this is where Be One comes in as a motivator to ensure they have the energy and health needed in this journey.”

Supratik Sengupta, head of marketing, consumer healthcare, Lupin, commented: “This campaign was born out of the consumer desire of constant improvement by competing with one’s own self as opposed to others. The film acts as a nudge to the audience to challenge themselves and go beyond their comfort zone, while the product plays the role of the dependable partner.”

Sagar Mahabaleshwarkar, chief creative officer, Contract Advertising, said, “The creative challenge was to tell a story of someone trying to better himself, especially when that someone happened to be Hrithik Roshan. So, we tried to magnify the conflicts that reside within us every day. That was the creative jump off.”

Ayan Chakraborty, EVP & general manager, Contract Mumbai, commented: “It was  an opportunity to be different in a category which talks only about non-stop energy or vitality. Being better than yourself or ‘Bano Khud Se Behetar’ is something refreshing and new and we made sure that we leveraged the celebrity even in terms of executing the launch like a movie launch.”

Rahul Ghosh, SVP & ECD, Contract Mumbai, said: “We used elements of Hrithik the Celebrity to tell the story of Hrithik the Everyman. It was a challenge at the beginning. But Hrithik being the amazing performer that he is, the process was fun and exciting as we got deeper into it.”

Kingfisher Soda Spreads the Cheer Ahead of the Indian Cricket Season

How Warah Empowers Women by Calling Them by Their Name