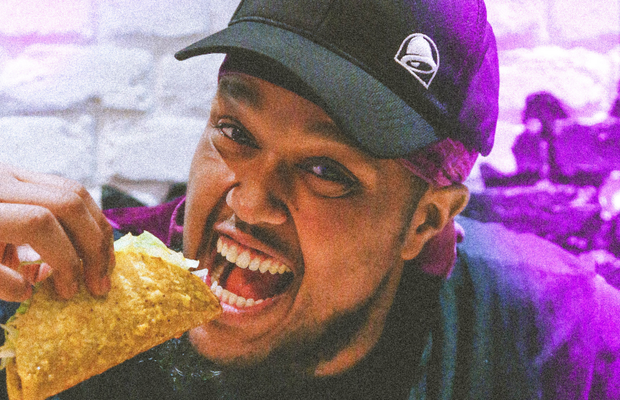 Taco Bell UK today announced its plans to offer the UK the chance to taste an emoji by exchanging taco emojis for free Crunchy Tacos to celebrate National Taco Day 2021.

Available all day today on National Taco Day (Monday 4th October), taco fans will be able to claim a free Crunchy Taco simply by WhatsApping the taco emoji from their phone to http://ta.co/UK. Each texter can then head to one of the 71 Taco Bell UK restaurants nationwide and exchange their taco emoji text for a real-life taco.

For the eager taco fans in London, the first 100 fans to visit the London Baker Street restaurant, will receive their free Crunchy Taco from none other than YouTuber and social media favourite, Chunkz. The Beta Squad star will be behind the counter swapping taco emojis for delicious Crunchy tacos.

Taco Bell successfully brought the taco emoji to the masses in 2015 through a petition that received more than 33,000 signatures urging the Unicode Consortium to include the emoji on smartphones.

With billions of people around the world now with tacos on their phones, Taco Bell wants to give everyone in the UK who may have never tried a taco the opportunity to taste one for themselves!

Customers will be able to enjoy their choice of filling, whether it’s the delicious seasoned beef or black beans, topped with cheddar cheese and freshly chopped lettuce in a hard shell corn tortilla.

“National Taco Day is an exciting date in the diary for taco fans around the world and we wanted to celebrate the annual event by offering people across the UK the chance to try a taco for free in a fun and unique way. Whether you consider yourself a taco connoisseur or new to the taco scene, make sure to text the taco emoji on the 4thOctober to transform your emoji into a real mouth-watering one!’” said Gino Casciani, general manager for Taco Bell UK & Europe.

Liz Ragoo, managing partner at Spark Foundry, said: “Our strategy for this campaign was to integrate innovation, stand out from our competitors and elevate the brand. Our media plan taps into channels that will make young people around the UK see tacos everywhere on National Taco Day.”

Spark Foundry handled media planning and buying. OK COOL were involved in the Organic Social and responsible for the partnership with Chunkz. The PR agency involved in this campaign is Stir.