The creative production studio pushes boundaries between physics and magic 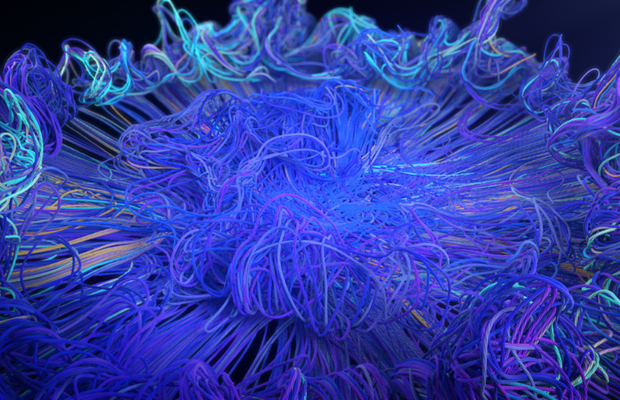 "Eager to further our ongoing relationship with Cole Haan, we set out to create a film showcasing the evolution of their 4.ZERØGRAND Ultra. What came to be was a conceptual and experimental film celebrating the out of this world materials that go into each iconic Cole Haan shoes", says Jay Harwood, executive creative director at Taylor James.
This project is an evolution from their previous spot introducing the Ultra Grand in space, but rather than exploring the outer galaxy, Taylor James explored the materials and embellished the process of making these shoes from micro polymers that form themselves like an alien-like organism.

"With a much more 3D design-heavy approach, we dove headfirst into research and design tests. This project was experimentation from start to finish — we followed each idea and let it evolve, regardless of whether it made the final cut. We wanted to make an abstracted process of some of the elements that make the shoe, and so we played with plastic polymers as grain simulations, and tweaked materials that pushed boundaries between physics and magic", adds Harwood.
The film was made with Houdini, Maya and 3Dsmax utilising different skills from the team. Certain shots like the threads originally came from a happy accident on another project, that instantly grabbed our attention and we integrated them into this.

Colour comes through in all Cole Haan’s shoes, which is why the creative studio wanted to celebrate it, as this is an important moment to develop with the explosion of coloured threads living in an almost weightless world.
The cotton threads of the fabric is a key quality to the shoe; Taylor James wanted to show this stitch work in an explosive, never-before-seen injection of colour. The smoke simulation drove the individual threads to create something quite unusual. In true exploration, they ‘followed the thread’ of a narrative in which the threads are part of the laces, but the flow didn't quite work. In the end, they stayed closer to this sim for longer.

"We had a lot of fun developing the rock sequence, seeing how we can create microscopic polymer that lives in no gravity, and creating the smooth finish In front of our eyes.
We created a scene that births the shoe from the polymer particle. Tens of thousands of grains introduce our shoe throughout the film, creating an epic moment that really sets the tone.
Everybody had fun working on this project and always showed their passion to push further in conceptualising or offering other ideas from the core concept", concluded Harwood.