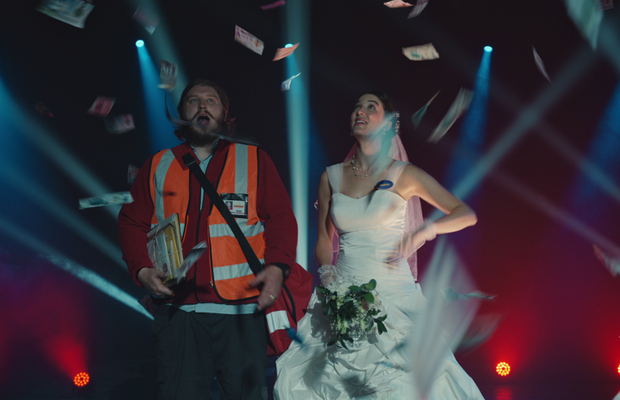 Taylors of Harrogate recently launched a brand new range of coffees designed to appeal to busy adults who want simple, decent coffee without the fuss and confusion.

The new coffees are simply called Latte, Espresso and Cafetière, names designed to tell the consumer in plain language, exactly what they’re for.

All of the coffees have been especially blended for the way you drink them. For example, the "Latte" coffee has been especially made to have a punchy flavour that cuts through lashings of milk, whereas “Cafetière” has been designed with a coarse grind size in mind and a balanced flavour which is great for everyday drinking.

To demonstrate the simplicity of the new products Lucky Generals has created a launch campaign asking the question “What if everything was this simple?”.

Building on the tone from its previous Taylors work, the creative features a 30-something woman drinking the new coffee and daydreaming about how life would be if things were as simple as Taylors’ new range, taking her on a bizarre and amusing journey through an alternate life, where she gets everything she wants with ease.

From marrying the postman by simply asking him if he wants to get married, to winning the game show “Who Wants to Win a Sizable Sum” by simply saying “me”. The ad concludes with the woman finally deciding she actually just wants to be a stingray and her husband and son throwing her off of a pier and into the sea. The end line says: “Taylors. Great coffee made simple.”

This is the third campaign Lucky Generals has created with Taylors of Harrogate. It consists of a 60-second, a 30-second and two 10-second TVCs, which will go live April 19th. There will also be OOH work that will run across the UK including bus wraps in London, and digital work across Facebook, Instagram and food and drink websites.

Kelly Wright at Taylors of Harrogate said: “This new range is for people who want great tasting coffee which has been named simply for the way they drink it. This new campaign shows just how brilliant life can be if everything was that simple. If only!”

Celebrating Football Fandom with TikTok's 'Where Fans Come to Play'